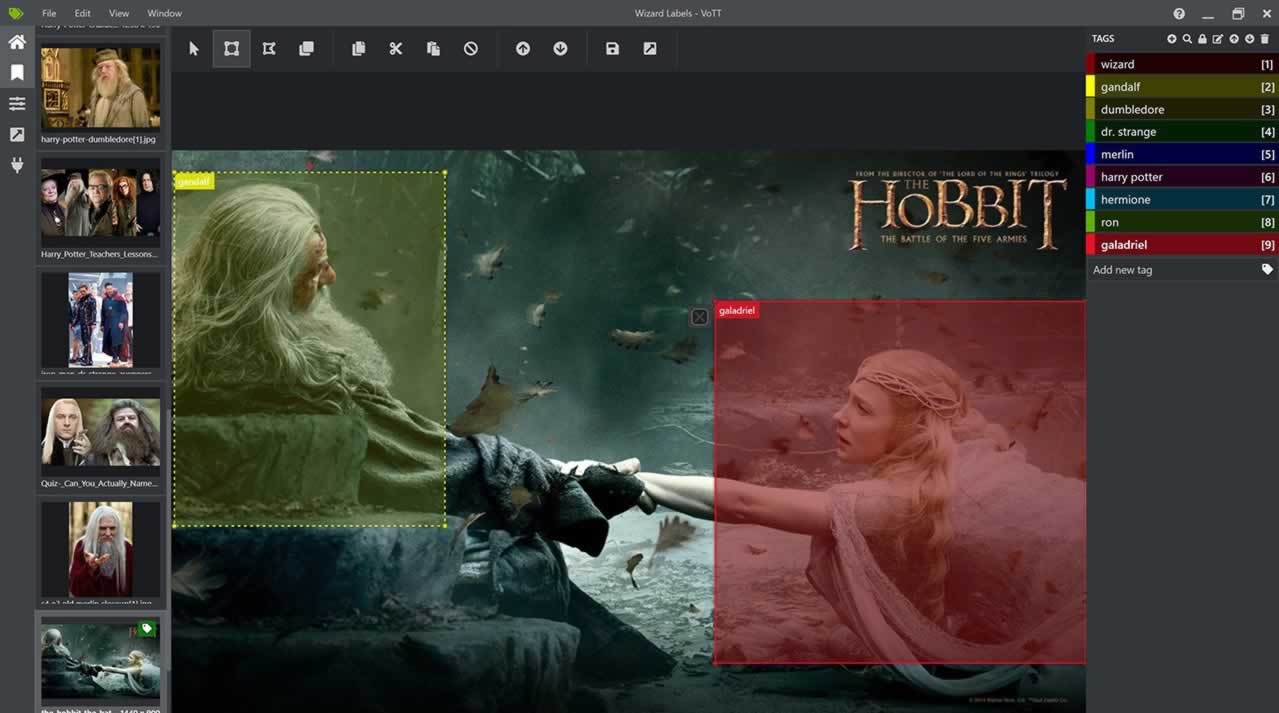 This article presents 5 awesome annotation tools which I hope will help you create Computer Vision datasets.

This article presents 5 awesome annotation tools which I hope will help you create Computer Vision datasets.

If you are a Data Scientist working in Computer Vision, you also probably realized that you need a fast and simple labeling tool for at least one of these two reasons:

I dug far into the world of computer vision labeling and realized that it is filled with quite an impressive number of tools (see these three awesome-lists here, here and there, or this blog post). I spent quite some time comparing the most promising (and active) projects to learn that most of these tools were designed to reach only one among three targets:

Here is a quick list of my favorite tools which allow annotating bounding boxes (detection) and polygons (segmentation) for computer vision applications.

If you find out these tools do not work as expected, try to run them in Chrome!

In Computer Vision, there is mainly three types data for training your algorithms: As you also probably realized, one of the most impacting factors for the success for an AI project is the quantity of “quality data” that you can use. What I mean by “quality data” for computer vision applications is:

Even though the latter definition certainly lacks objectivity, we want our algorithms to achieve human-level performance. Thus, we require “human-level” annotations. Almost 20 years after introducing OpenCV, Intel reiterates in the computer vision field and released CVAT, a very powerful and complete annotation tool. Even though it requires some time to learn and master, it proposes tons of features for labeling computer vision data.

Check out an online Demo here VoTT is developed by Microsoft and proposes an awesome user experience, which will probably save you a lot of time and energy while annotating. Moreover, creating a project is also straightforward so you don’t need to deep dive in the doc to use it.

Check out the web-app here!

DataTurks is a startup created in 2018 which offers services for labeling images, videos and also text. However, you had to pay for it until it recently became Open Source (this is probably linked to the fact that Walmart bought it in February 2019). Even though they almost did not communicate about it and seemed to have ceased any development since, the annotation tool is awesome and now free!

When you are using it, don’t pay attention to any license nor limited use for non-commercial edition that is written in different places. Dataturks is now free and you can use all of its features (I have tried and tested it)!

Check out an online Demo here Make-sense was just released two months ago (in June 2019 if you are reading this in the future…) and already has an incredible UX. Starting annotating has never been so fast! Go to the website, drag and drop your images and start annotating.

I hope this article will have helped you choose a labeling tool that fits your needs, and don’t hesitate to comment if you have found better ones!

EDIT: A quick short list about other tools which are really cool but I did not talk about