Build web and mobile apps with Angular and NativeScript 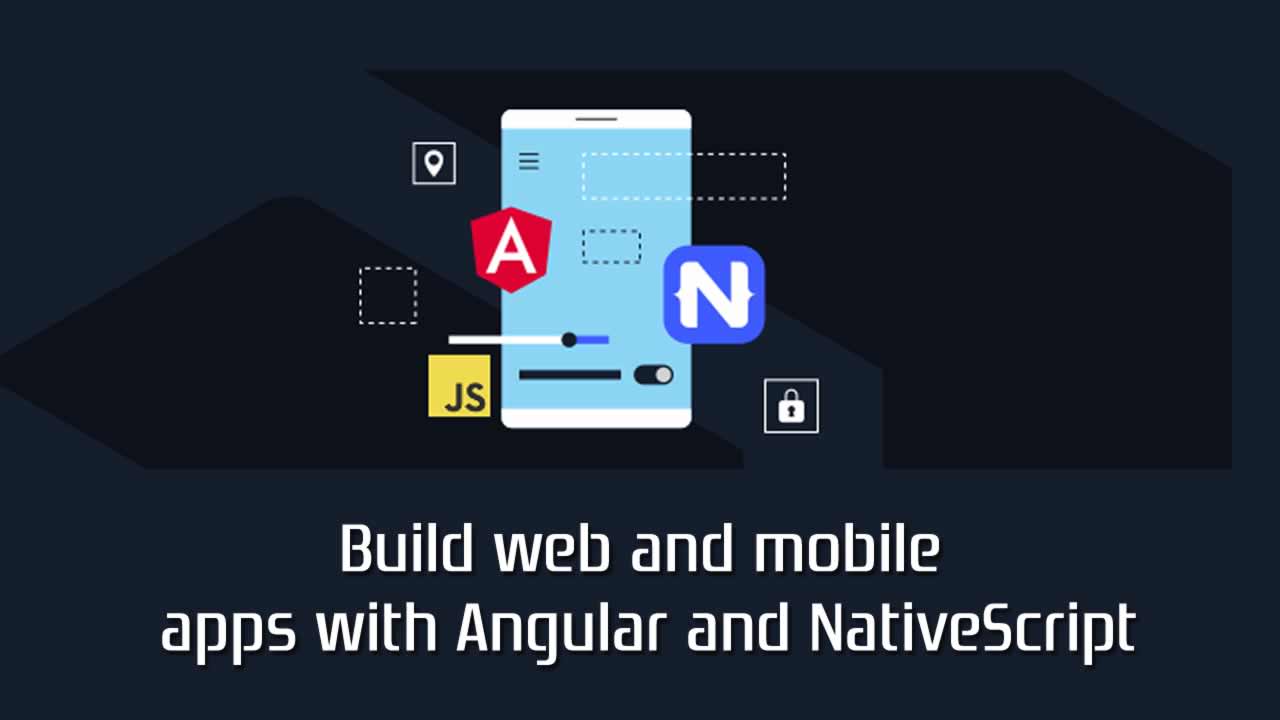 Today we’re happy to announce an exciting new way to build web and mobile apps with Angular and NativeScript.

First, some background: since the beginning of Angular, you could use NativeScript with Angular to build mobile apps.

NativeScript is an open source framework for building truly native mobile apps with JavaScript. It lets you use your existing Angular skills, and as a result you get a native UI & performance on iOS and Android.

However, when you needed to build both a web and a native mobile app, you had to create, develop and maintain two separate projects. Although this got the job done, it quickly became apparent that we could do better than that.

The Dream of Code Sharing

This challenge led to a dream of a Code-Sharing Project. One that would allow you to keep the code for the web and mobile apps in one place. One that would allow us to share the business logic between web, iOS and Android, but still be flexible enough to include platform-specific code where necessary.

With the dawn of Schematics and ng add we now had a whole new set of possibilities.

To realise the Code-Sharing Dream the Angular and NativeScript teams teamed up to create nativescript-schematics, a schematic that enables you to build both web and mobile apps from a single project.

We are looking at a scenario where you can use the Angular CLI with the {N} Schematics to, either:

The objective is to share as much code as possible, and break the platform-specific code into separate files.

This usually means that we can share the code for:

While, separating the code for:

Here’s a diagram to show you what that looks like at a high level.

To get started you could either create a new project with a code-sharing structure. Just run ng new with @nativescript/schematics as the collection.

Note, you may need to install @nativescript/schematics first:

Or we could extend an existing web projects with the capability to build mobile apps with NativeScript, by calling:

This command adds the NativeScript-specific:

To complete the story, we need a build process that is capable of using the shared files and the platform-specific ones, and provide a web or mobile app as a result.

To build a web app, it is “Business as usual”, just use the Angular CLI to do the job.

When you call ng serve or ng build, the Angular CLI ignores all NativeScript-specific files — as none of the web files would directly reference any .tns files.

ng serve -> serves a web app from a code-sharing project

During the build process, Webpack takes care of providing the .tns files whenever they are available, and as a result hiding the web versions of the same files (virtually, files like home.component.tns.html become home.component.html). While the NativeScript CLI is responsible for building a native mobile app.

Before you can start code sharing, we need to know how to separate the web code from the mobile code. This is important, so that we could easily create platform-specific code without creating conflicts.

The most common scenario is a component code. Usually we would have:

It is also worth noting that in your @Component Decorator the templateUrl and styleUrls point to files without including the .tns extension, as this is handled by the build process.

Code separation is useful when working with NgModules, as often you need to import web- or NativeScript-specific modules.

However, the way http calls are executed in a browser is different to how they work in iOS and Android. In NativeScript you should use the NativeScriptHttpClientModule, which provides us with the equivalent implementation for the HttpClient.

Now, you can use the code separation technique to create two versions of the **@NgModule — **each using a different version of the HttpClientModule — and then with the help of Dependency Injection provide the right implementation of the HttpClient into your service.

Code separation for modules makes up for a simple and a quite elegant solution. It enables you to bring in functionality that has different implementation (for the web and mobile apps) under one hood and as a result maximise the shared code.

If are you curious to see an example of a code-sharing project, with:

Well then check out our sample project pet-bros-lite, which shows all these code-sharing concepts in action!

As you can see, building for both the web and mobile from a single project is fairly straightforward. You can either start with a fresh project (using ng new), or add mobile to an existing project (using ng add). There is also a simple naming convention to enable code separation, which allows you to cover many scenarios.

Go ahead and give code sharing a try, as it really is that simple. You are one simple ng add or ng new way from the wonders of code sharing in Angular.

We would love to hear from you, let us know what works for you, what doesn’t, and how things could be improved. Any constructive feedback is always welcome. Please, send feedback here.

This article covers the core functionality around sharing code between the web and mobile apps with Angular and NativeScript. There is still more that you might be interested in:

To learn more, see our documentation at docs.nativescript.org/angular/code-sharing/intro.