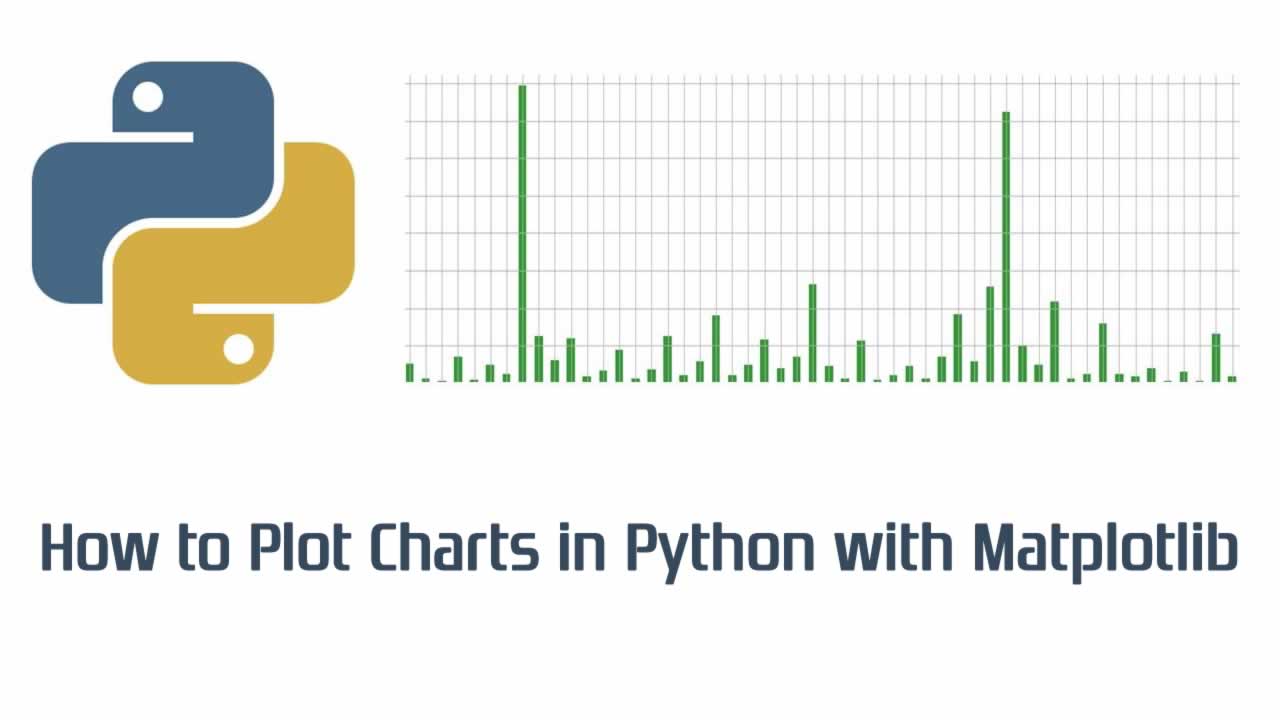 How to Plot Charts in Python with Matplotlib

You generate a huge amount of data on a daily basis. A critical part of data analysis is visualization. A variety of graphing tools have developed over the past few years. Given the popularity of Python as a language for data analysis, this tutorial focuses on creating graphs using a popular Python library — Matplotlib.

Matplotlib is a huge library, which can be a bit overwhelming for a beginner — even if one is fairly comfortable with Python. While it is easy to generate a plot using a few lines of code, it may be difficult to comprehend what actually goes on in the back-end of this library. This tutorial explains the core concepts of Matplotlib so that one can explore its full potential.

The library that we will use in this tutorial to create graphs is Python’s matplotlib. This post assumes you are using version 3.0.3. To install it, run the following pip command in the terminal.

To verify the version of the library that you have installed, run the following commands in the Python interpreter.

If you are using Jupyter notebooks, you can display Matplotlib graphs inline using the following magic command.

Pyplot and Pylab: A Note

During the initial phases of its development, Mathworks’ MATLAB influenced John Hunter, the creator of Matplotlib. There is one key difference between the use of commands in MATLAB and Python. In MATLAB, all functions are available at the top level. Essentially, if you imported everthing from matplotlib.pylab, functions such as plot() would be available to use.

This feature was convenient for those who were accustomed to MATLAB. In Python, though, this could potentially create a conflict with other functions.

Therefore, it is a good practice to use the pyplot source.

All functions such as plot() are available within pyplot. You can use the same plot() function using plt.plot() after the import earlier.

The Matplotlib documentation describes the anatomy of a plot, which is essential in building an understanding of various features of the library.

The major parts of a Matplotlib plot are as follows:

Each element of a plot can be manipulated in Matplotlib’s, as we will see later.

Creating a plot is not a difficult task. First, import the pyplot module. Although there is no convention, it is generally imported as a shorter form &mdash plt. Use the .plot() method and provide a list of numbers to create a plot. Then, use the .show() method to display the plot. Now that you have successfully created your first plot, let us explore various ways to customize your plots in Matplotlib.

Let us discuss the most popular customizations in your Matplotlib plot. Each of the options discussed here are methods of pyplot that you can invoke to set the parameters.

Let us use these options in our plot.

Here is the output of the code above. Notice that a title has appeared in the figure, the Y axis is labelled, the number of ticks on the Y axis are lesser than those in the X axis and a legend is shown on the top left corner. After tinkering with the basic options of a plot, let’s create multiple plots in same figure. Let us try to create two straight lines in our plot. Next, let’s try to create a different type of plot. To create a scatter plot of points on the XY plane, use the .scatter() method. A number of other plots can be created on Matplotlib. You can use the .hist() method to create a histogram. You can add multiple plots to a figure using the .subplot() method. You can even create a vector path using the path module of pyplot.

After exploring various options while creating plots with Matplotlib, the next step is to export the plots that you have created. To save a figure as an image, you can use the .savefig() method. The filename with the filepath should be provided as an argument to this method.

While the documentation for savefig lists various arguments, the two most important ones are listed below:

To summarize the process, the following code snippet creates a PDF with the two figures that we created above.

In this tutorial, we created plots in Python with the matplotlib library. We discussed the concepts you need to know to understand how Matplotlib works, and set about creating and customizing real plots. And we showed you how to export your plots for use in real-world scenarios, like reports and presentations.

How do you create plots with Python? Let us know in the comments below.

☞ An introduction to Heartrate library

☞ Writing Your First Kubernetes Operator with Python and SDK

☞ Guide to building and deploying a Python Flask application from scratch