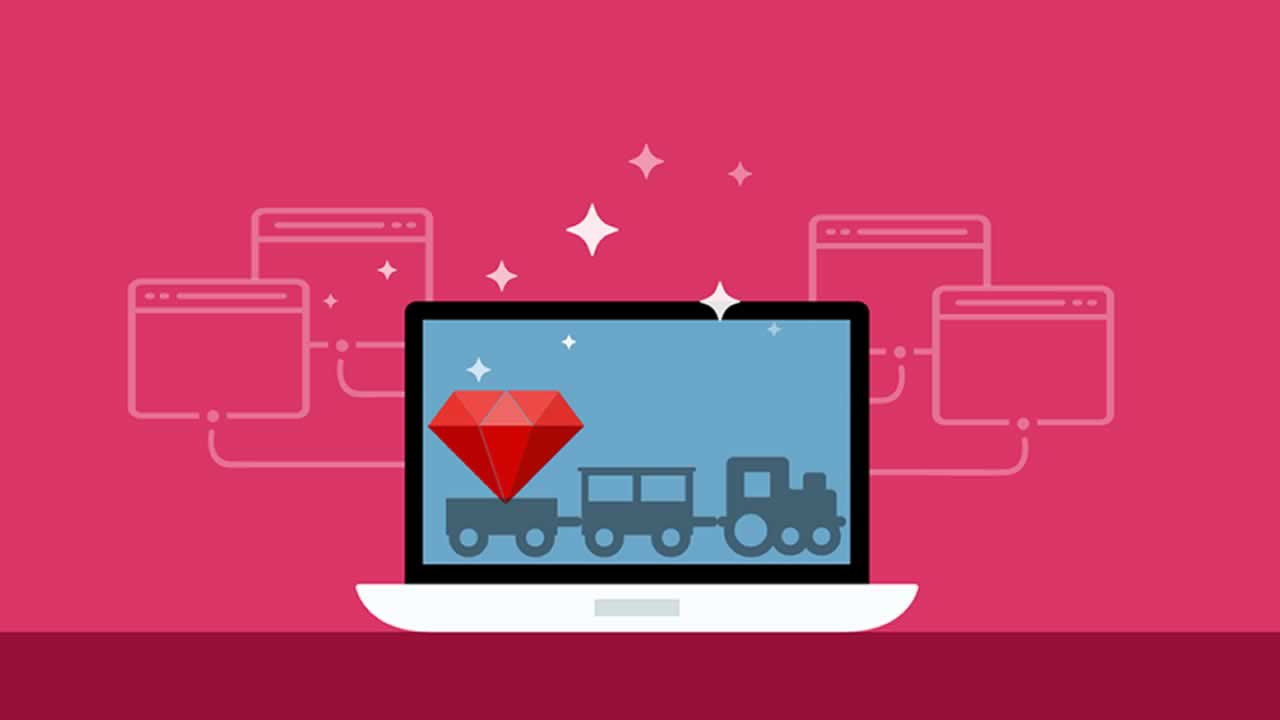 Ruby on Rails is a popular application stack for developers looking to create sites and web apps. The Ruby programming language, combined with the Rails development framework, makes app development quick and efficient.

One way to install Ruby and Rails is with the command-line tool rbenv. Using rbenv will provide you with a well-controlled and robust environment for developing your Ruby on Rails applications, allowing you to easily switch the version of Ruby for your entire team when needed.

rbenv provides support for specifying application-specific versions of Ruby, lets you change the global Ruby for each user, and allows you to use an environment variable to override the Ruby version.

In this tutorial, you will use rbenv to install and set up Ruby on Rails on your local macOS machine.

In this step, you will install rbenv and make sure that it starts automatically at boot. To do this on macOS, this tutorial will use the package manager Homebrew.

To download the rbenv package with Homebrew, run the following command:

This will install rbenv and the ruby-build plugin. This plugin adds therbenv install command, which streamlines the installation process for new versions of Ruby.

Next, you’ll add the command eval "$(rbenv init -)" to your ~/.bash_profile file to make rbenv load automatically when you open up the Terminal. To do this, open your .bash_profile in your favorite text editor:

Add the following line to the file:

Save and quit the file.

Next, apply the changes you made to your ~/.bash_profile file to your current shell session:

To verify that rbenv is set up properly, use the type command, which will display more information about the rbenv command:

Your terminal window will display the following:

At this point, you have both rbenv and ruby-build installed on your machine. This will allow you to install Ruby from the command line in the next step.

With the ruby-build plugin now installed, you can install any version of Ruby you may need through a single command. In this step, you will choose a version of Ruby, install it on your machine, and then verify the installation.

First, use the -l flag to list all the available versions of Ruby:

The output of that command will be a long list of versions that you can choose to install.

Installing Ruby can be a lengthy process, so be prepared for the installation to take some time to complete.

Once it’s done installing, set it as your default version of Ruby with the global sub-command:

Verify that Ruby was properly installed by checking its version number:

You now have one version of Ruby installed and have set your default Ruby version. Next, you will set yourself up to work with Ruby packages and libraries, or gems, which will then allow you to install Rails.

With that done, use the gem command to install Bundler, a tool that manages gem dependencies for projects. This is needed for Rails to work correctly:

You can use the gem env command to learn more about the environment and configuration of gems. To see the location of installed gems, use the home argument, like this:

You’ll see output similar to this:

Now that you have set up and explored your gem workflow, you are free to install Rails.

In this step, you will install Rails, verify the installation, and prepare it for use.

To install the most recent version of Rails, use the gem install command:

The gem command installs the gem you specify, as well as every dependency. Rails is a complex web development framework and has many dependencies, so the process will take some time to complete. Eventually you’ll see a message stating that Rails is installed, along with its dependencies:

Note: If you would like to install a specific version of Rails, you can list its valid versions by doing a search, which will output a long list of options:

You could then install a specific version, such as 4.2.7:

rbenv works by creating a directory of shims, or libraries that intercept calls and change or redirect them. In this case, shims point Ruby commands to the files used by the Ruby version that’s currently enabled. Through the rehash sub-command, rbenv maintains shims in that directory to match every Ruby command across every installed version of Ruby on your server. Whenever you install a new version of Ruby or a gem that provides commands, such as Rails, you should use rehash.

To rehash the directory of shims, run the following command:

Verify your installation of Rails by printing its version with this command:

You will see the version of Rails that was installed:

With Rails successfully installed, you can begin testing your Ruby on Rails installation and start to develop web applications. In the next step, you will learn how to update and uninstall rbenv and Ruby.

When maintaining projects, it is useful to know how to update and uninstall when the need arises. In this step, you will upgrade rbenv, then uninstall Ruby and rbenv from your machine.

You can upgrade rbenv and ruby-build using Homebrew by running the following command:

If rbenv or ruby-build need to be updated, Homebrew will do it for you automatically. If your set up is already up to date, you will get output similar to the following:

This will ensure that we are using the most up-to-date version of rbenv available.

As you download additional versions of Ruby, you may accumulate more versions than you would like in your ~/.rbenv/versions directory. Using the ruby-build plugin’s uninstall subcommand, you can remove these previous versions.

For example, run the following to uninstall Ruby version 2.1.3:

With the rbenv uninstall command you can clean up old versions of Ruby so that you do not have more installed than you are currently using.

If you’ve decided you no longer want to use rbenv, you can remove it from your system.

To do this, first open your ~/.bash_profile file in your editor:

Find and remove the following line from the file to stop rbenv from starting when you open the Terminal:

Once you have deleted this line, save the file and exit the editor.

Run the following command to apply the changes to your shell:

Next, remove rbenv and all installed Ruby versions with this command:

Finally, remove the rbenv package itself with Homebrew:

Check the rbenv version to make sure that it has been uninstalled:

You will get the following output:

This means that you have successfully removed rbenv from your machine.

In this tutorial you installed Ruby on Rails with rbenv on macOS. From here, you can learn more about coding in Ruby with our How To Code in Ruby series. You can also explore how to use Ruby on Rails with PostgreSQL rather than its default sqlite3 database, which provides more scalability, centralization, and stability for your applications.

☞ Serverless Ruby on AWS Lambda with the Jets framework

☞ Build a Simple Search with the simple_form Gem in Rails 5

☞ How to Build a React App with Ruby on Rails