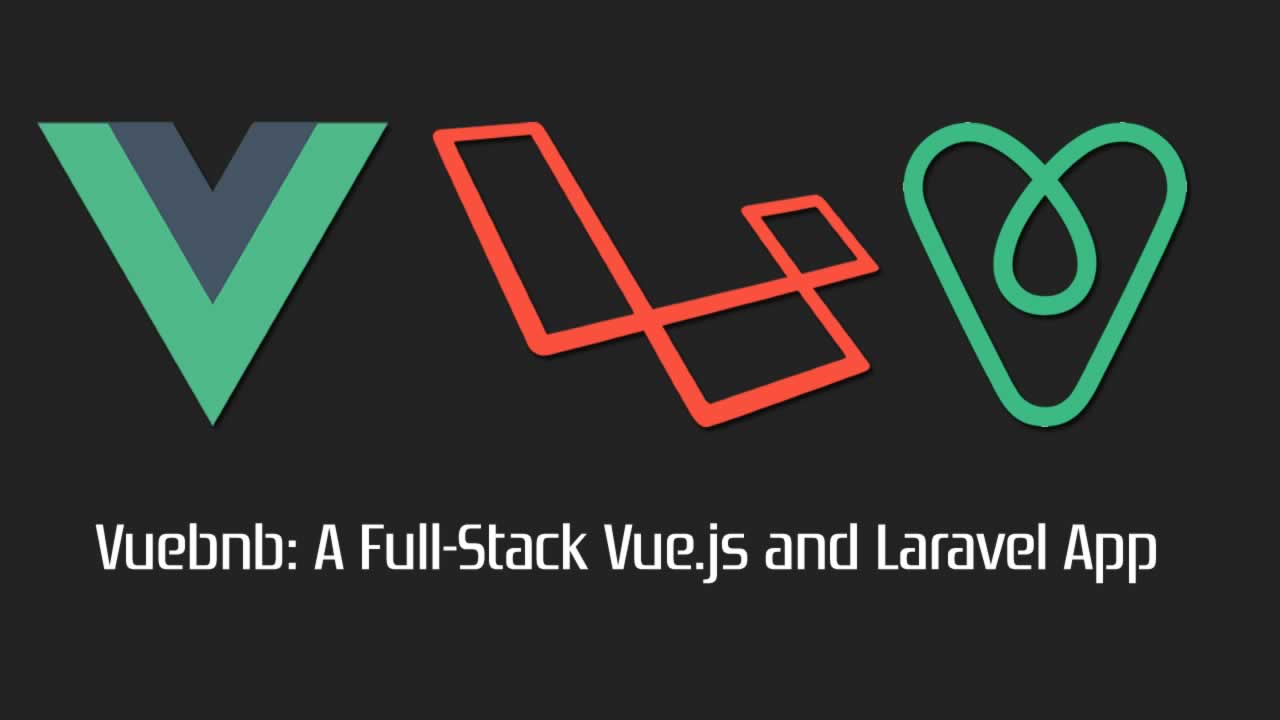 The book is centred around a case study project, Vuebnb, a simple clone of Airbnb. In this post, I’ll give a high-level overview of how it works so you get a sense of what’s involved in building a full-stack Vue/Laravel app from scratch.

Here’s a live demo if you’d like to check it out: https://vuebnb.vuejsdevelopers.com

Note: this article was originally posted here on the Vue.js Developers blog on 2017/11/20

As a full-stack app, Vuebnb consists of two distinct parts:

The main features of this project include the UI widgets as well as the general architecture of the app. Let’s do a brief overview:

The modal window on the listing page lets a user peruse photos of the property to get a better feel for what it offers.

Modal windows are tricky to implement because they are outside the hierarchy of page elements, making them difficult to communicate with. I handle this by using Vue.js features like component refs and lifecycle hooks to manage body classes.

The image slider on the home page makes it convenient to see all the available listings. A CSS transform: translate(..) is used to move the images side-to-side, while a transition gives the sliding effect. I use Vue.js to bind the value of the translate with the left- and right-arrow controls.

Building this widget takes a good understanding of components, props and events and is, therefore, the main task of chapter 6 of the book, Composing Widgets With Vue.js Components.

A user may want to make a note of listings they like so I added a “favoriting” feature. A listing can be favorited from either the home page or the listing page by clicking the heart icon, which is part of a reusable component.

I’ve stored the favorited-state of a listing in a Vuex store so it can be persisted across pages. To persist the state across sessions, I send it via AJAX back to the server where it is stored in the database. Laravel Passport is used to authenticate the API calls.

Sharing data between the back and front ends

One of the key considerations of full-stack apps is how to communicate data between the back and front ends, so I spend considerable time dealing with this in the book.

For example, how does the data for a listing get from Laravel to a page within Vue.js? By using Blade views it’s easy to inject data into the head of the page using template variables. This data can then be retrieved from the Vue app when it initializes.

But if Vue Router is used to create virtual pages, how is subsequent page data retrieved? The solution involves a synergy of Blade, Vue Router, Vuex and Axios to create a surprisingly simple mechanism for retrieving data when and where it’s needed.

From looking at features of Vuebnb you will have a sense of some the topics covered in Full Stack Vue Web Development: Vue.js, Vuex and Laravel. Other topics I didn’t mention in this article include:

UPDATE: I’m happy to announce the book has now been published!

Get Full-Stack Vue.js 2 and Laravel 5 by Anthony Gore (Packt Publishing, 2017)

PS. If you’re interested in picking up a copy, use the promo code FSVUE15 to get 15% off RRP for the printed edition