Exciting Times Ahead — Be Ready For Angular 9 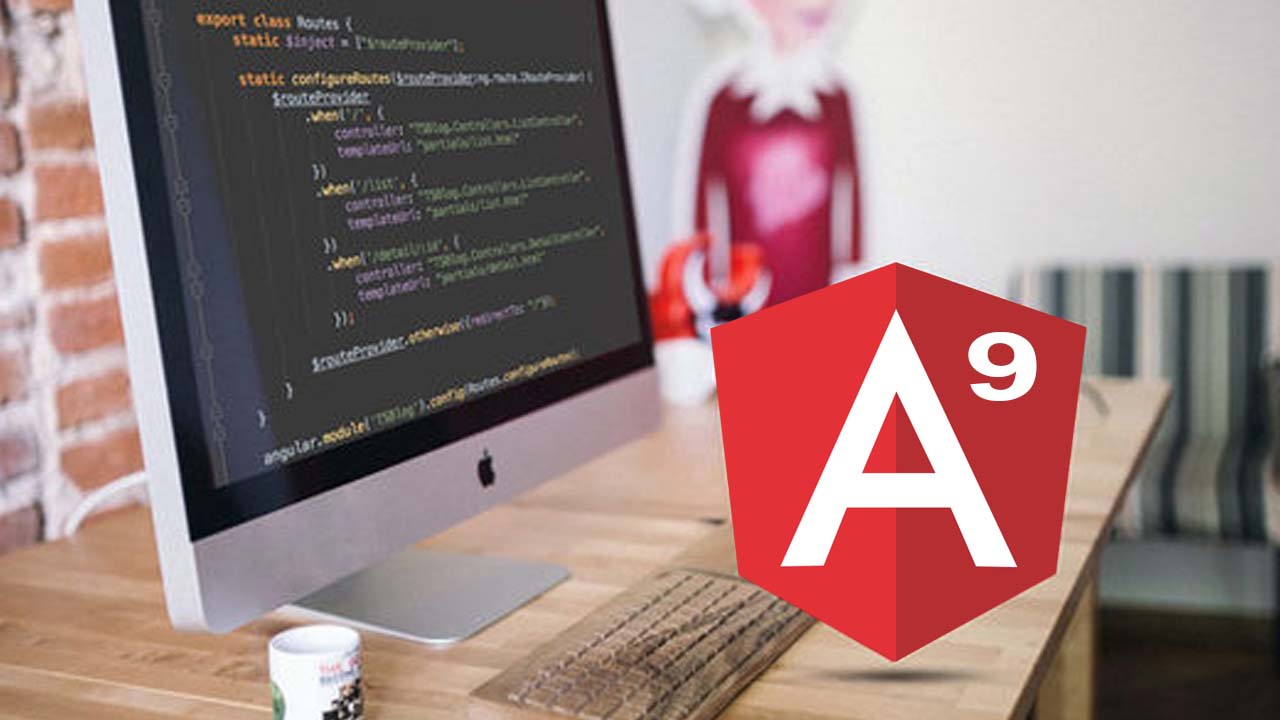 The Angular 9 RC is out, what an exciting time to be Angular developer, no I am not saying this because of Angular 9 RC release. It's because Ivy is here, Ivy is now the default rendering engine in Angular.

Till Angular 8 decorators were optional for base classes for Directives and Components. This is applicable to Services that were not using @Injectable decorators.

With Ivy such classes require decorators as well, to take care of such cases once you migrate using ng update the decorators will be added as a part of the migration. Read this for more details, there are few cases that will not be taken care of.

You may have used below code several times, but one thing we never thought of is how [formControlName]="i" works because it takes values of type string, this was fine there was no fullTemplateTypeCheck but in Ivy this will fail, to make sure the below syntax still works formControlName can accept value of type string | number.

In Angular 8 there was a breaking change where TestBed.get can no longer accept string value, the team decided to rollback the change as it was impacting a larger application base. Now that we have the type-safe version TestBed.inject, TestBed.get is deprecated.

Another breaking change introduced in Angular 8 static flag required for ViewChild. The static property is still there but for using false value, we no longer need to pass this property. Once you update to Angular 9 using ng update the migration will remove wherever we are using { static: false }.

One issue which was always raised while working on Angular is “Why are templates not strictly type checked”. This was to some extent the case earlier, but now it will be strict for directives like *ngIf *ngFor and even pipes. There are 3 modes for type checking the templates:

Refer to this document for more details.

A migration schematic is already added, so ng update will take care of this migration.

ng update takes care of all code migration, but it was not applied to Angular libraries. In Angular 9, ng update will apply all migration schematics to library projects as well. This is important if you are an Angular library author, so your code is in sync with the latest changes.

If you have worked with a popup in Angular, you must have used this property. It was required so you can dynamically load the component without referring it in the template. With Ivy, this is not required anymore.

Angular does not depend on tslib now. In earlier versions of Angular, it was required and was part of the dependency. If you are not using Angular CLI you may need to install this package.

For a complete guide refer to Official docs. Also, nothing is covered related to Ivy as it is a really big topic and we will be writing a blog post soon to cover all features of Ivy.

Check is added to verify if the installed CLI version is latest published version If it is not while running ng update it will install the latest version as a temporary package to run the migration.

Another update if you are an Author for Angular Library, with ng add you can specify if the package should be added to dependencies or not.

You can specify below option in package.json

As of now, when we use ng g c user it will generate a file with the component class UserComponent the type option lets you define which type of component you are creating for example ng g c user --type="dialog" it will create a component with the class name UserDialog .

Adding an interceptor was manual till now, with Angular 9 we will be able to use ng g i custom to create a CustomInterceptor class.

To generate app-shell we had to pass --clientProject it will be optional now, it will consider the default project instead, if not provided.

If we create an application with --minimal=true it skips the e2e and unit testing configuration. But when we use ng g to generate a component/pipe/service it adds a spec.ts file. Starting from Angular CLI 9, this will be taken care of.

To create a prompt that can have multiSelect we have to provide a lot of other options, with Angular 9 it can be simplified like below configuration.

NPM_CONFIG_USERCONFIG and NPM_CONFIG_GLOBALCONFIG variables are available in npm and when provided Angular CLI will prefer them over the global .npmrc file. Read npm docs for more detail.

A new clipboard component is available which is part of the @angular/cdk family.

If you want to read more on how to implement do read below blog post from Tim Deschryver.

Use the new Angular Clipboard CDK to interact with the clipboard

In earlier versions hammerjs was required to add gesture support, it is optional now and all implementation used internally is removed, you can use HammerModule from @angular/platform-browser.

@angular/google-maps package is available now, integrating google maps was always a difficult task not anymore, this package is already tested on multiple devices. You can refer to the blog post from Tim Deschryver on how to implement it.

I am really excited to finally see Ivy which is more stable and ready for production use, and I am sure you are excited as well. The Angular CLI has many awesome features added to make us more productive, and it’s great to see some awesome components like map and clipboard being added in Angular Material. And with Ivy into the picture now, believe me, we can expect more in future, so exciting times ahead for Angular for sure and you should be excited as well.