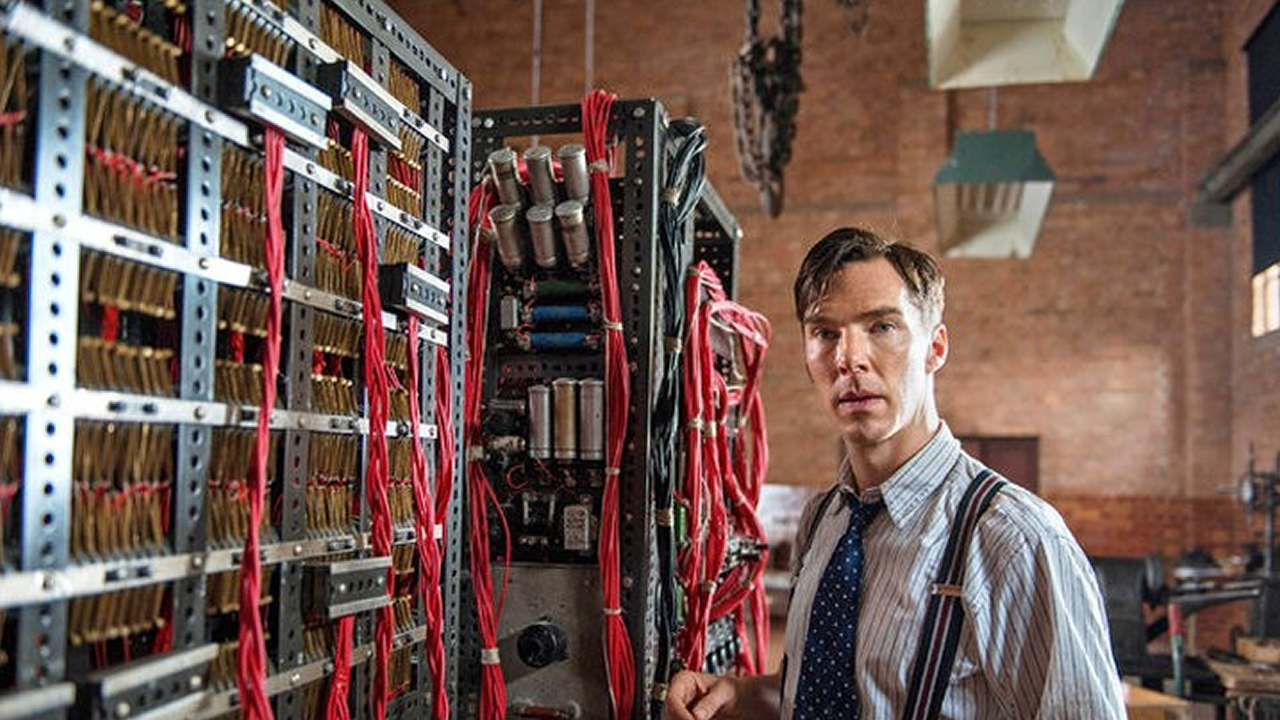 Machine learning models can be used to improve efficiencies, identify risks or ... That being said, we can make a start in looking at what can be

A common feeling in Machine Learning:

To address these issues we’re standardizing our machine learning in Lore. At Instacart, three of our teams are using Lore for all new machine learning development, and we are currently running a dozen Lore models in production.

If you want a super quick demo that serves predictions with no context, you can clone my_app from github. Skip to the Outline if you want the full tour.

The best way to understand the advantages is to launch your own deep learning project into production in 15 minutes. If you like to see feature specs before you alt-tab to your terminal and start writing code, here’s a brief overview:

Basic python knowledge is all that is required to get started. You can spend the rest of the year exploring the intricacies of machine learning, if your machine refuses to learn.

Lore manages each project’s dependencies independently, to avoid conflicts with your system python or other projects. Install Lore as a standard pip package:

It’s difficult to repeat someone else’s work when you can’t reproduce their environment. Lore preserves your system python the way your OS likes it to prevent cryptic dependency errors and project conflicts. Each Lore app gets its own directory, with its own python installation and only the dependencies it needs locked to specified versions in runtime.txt and requirements.txt. This makes sharing Lore apps efficient, and brings us one step closer to trivial repeatability for machine learning projects.

With Lore installed, you can create a new app for deep learning projects while you read on. Lore is modular and slim by default, so we’ll need to specify --keras to install deep learning dependencies for this project.

For the demo we’re going to build a model to predict how popular a product will be on Instacart’s website based solely on its name and the department we put it in. Manufacturers around the world test product names with various focus groups while retailers optimize their placement in stores to maximize appeal. Our simple AI will provide the same service so retailers and manufacturers can better understand merchandising in our new marketplace.

“What’s in a name? That which we call a banana. By any other name would smell as sweet.”

One of the hardest parts of machine learning is acquiring good data. Fortunately, Instacart has published 3 million anonymized grocery orders, which we’ll repurpose for this task. We can then formulate our question into a supervised learning regression model that predicts annual sales based on 2 features: product name and department.

Note that the model we will build is just for illustration purposes — in fact, it kind of sucks. We leave building a good model as an exercise to the curious reader.

Every lore Model consists of a Pipeline to load and encode the data, and an Estimator that implements a particular machine learning algorithm. The interesting part of a model is in the implementation details of the generated classes.

Pipelines start with raw data on the left side, and encode it into the desired form on the right. The estimator is then trained with the encoded data, early stopping on the validation set, and evaluated on the test set. Everything can be serialized to the model store, and loaded again for deployment with a one liner.

It’s rare to be handed raw data that is well suited for a machine learning algorithm. Usually we load it from a database or download a CSV, encode it suitably for the algorithm, and split it into training and test sets. The base classes in lore.pipelines encapsulate this logic in a standard workflow.

lore.pipelines.holdout.Base will split our data into training, validation and test sets, and encode those for our machine learning algorithm. Our subclass will be responsible for defining 3 methods: get_data, get_encoders, and get_output_encoder.

The published data from Instacart is spread across multiple csv files, like database tables. 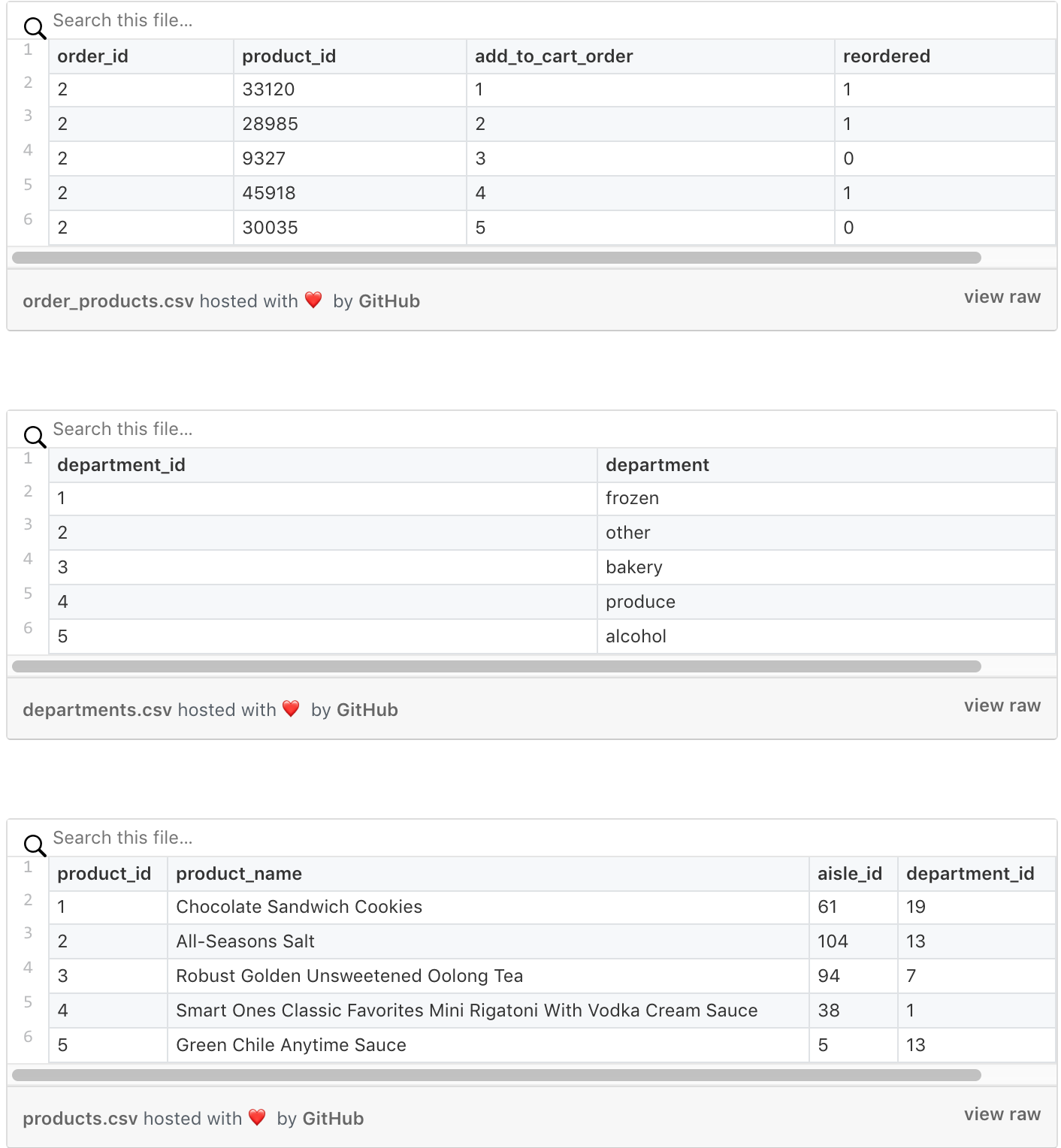 Our pipeline’s get_data will download the raw Instacart data, and use pandas to join it into a DataFrame with the features (product_name, department) and response (sales) in total units. Like this: 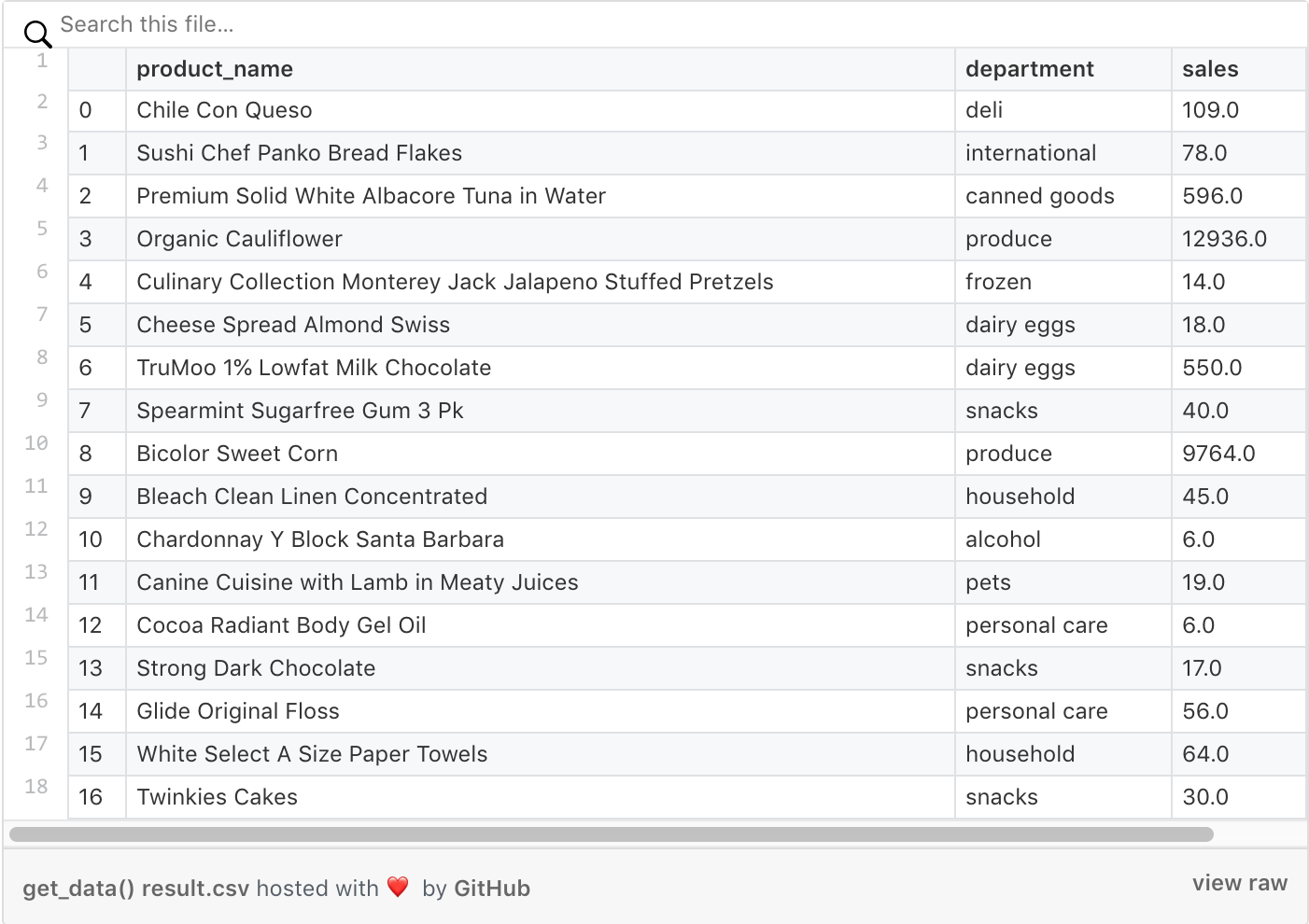 Here is the implementation of get_data:

Next, we need to specify an Encoder for each column. A computer scientist might think of encoders as a form of type annotation for effective machine learning. Some products have ridiculously long names, so we’ll truncate those to the first 15 words.

That’s it for the pipeline. Our beginning estimator will be a simple subclass of lore.estimators.keras.Regression which implements a classic deep learning architecture, with reasonable defaults.

Finally, our model specifies the high level properties of our deep learning architecture, by delegating them back to the estimator, and pulls it’s data from the pipeline we built.

A smoke test was created automatically for this model when you generated the scaffolding. The first run will take some time to download the 200MB data set for testing. A good practice would be to trim down the files cached in ./tests/data and check them into your repo to remove a network dependency and speed up test runs.

Training a model will cache data in ./data and save artifacts in ./models

Follow the logs in a second terminal to see how Lore is spending its time.
logs.sh

Try adding more hidden layers to see if that helps with your model’s score. You can edit the model file, or pass any property directly via the command line call to fit, e.g. --hidden_layers=5. It should take about 30 seconds with a cached data set.

You can run jupyter notebooks in your lore env. Lore will install a custom jupyter kernel that will reference your app’s virtual env for both lore notebook and lore console.

Browse to notebooks/product_popularity/features.ipynb and “run all” to see some visualizations for the last fitting of your model.

You can see how well the model’s predictions (blue) track the test set (gold) when aggregated for a particular feature. In this case there are 21 departments with fairly good overlap, except for “produce” where the model does not fully account for how much of an outlier it is.

You can get also see the deep learning architecture that was generated by running the notebook in notebooks/product_popularity/architecture.ipynb

15 tokenized parts of the name run through an LSTM on the left side, and the department name is fed into an embedding on the right side, then both go through the hidden layers.

Lore apps can be run locally as an HTTP API to models. By default, models will expose their “predict” method via an HTTP GET endpoint.

My results indicate adding “Organic” to “Banana” will sell more than twice as much fruit in our “produce” department. “Green Banana” is predicted to sell worse than “Brown Banana”. If you really want to juice sales — wait for it — “Organic Yellow Banana”. Who knew?

Lore apps are deployable via any infrastructure that supports Heroku buildpacks. Buildpacks install the specifications in runtime.txt and requirements.txt in a container for deploys. If you want horizontal scalability in the cloud, you can follow the getting started guide on heroku.

You can see the results of each time you issued the lore fit command in ./models/my_app.models.product_popularity/Keras/. This directory and ./data/ are in .gitignore by default because your code can always recreate them. A simple strategy for deployment, is to check in the model version you want to publish.

Heroku makes it easy to publish an app. Checkout their getting started guide.

Now you can replace http://localhost:5000/ with your heroku app name and access your predictions from anywhere!

We consider the 0.5 release a strong foundation to build up with the community to 1.0. Patch releases will avoid breaking changes, but minor versions may change functionality depending on community needs. We’ll deprecate and issue warnings to maintain a clear upgrade path for existing apps.

Here are some features we want to add before 1.0:

What would make Lore more useful for your machine learning work?

Zero to Deep Learning™ with Python and Keras
☞ http://go.codetrick.net/ryYNsUpy7