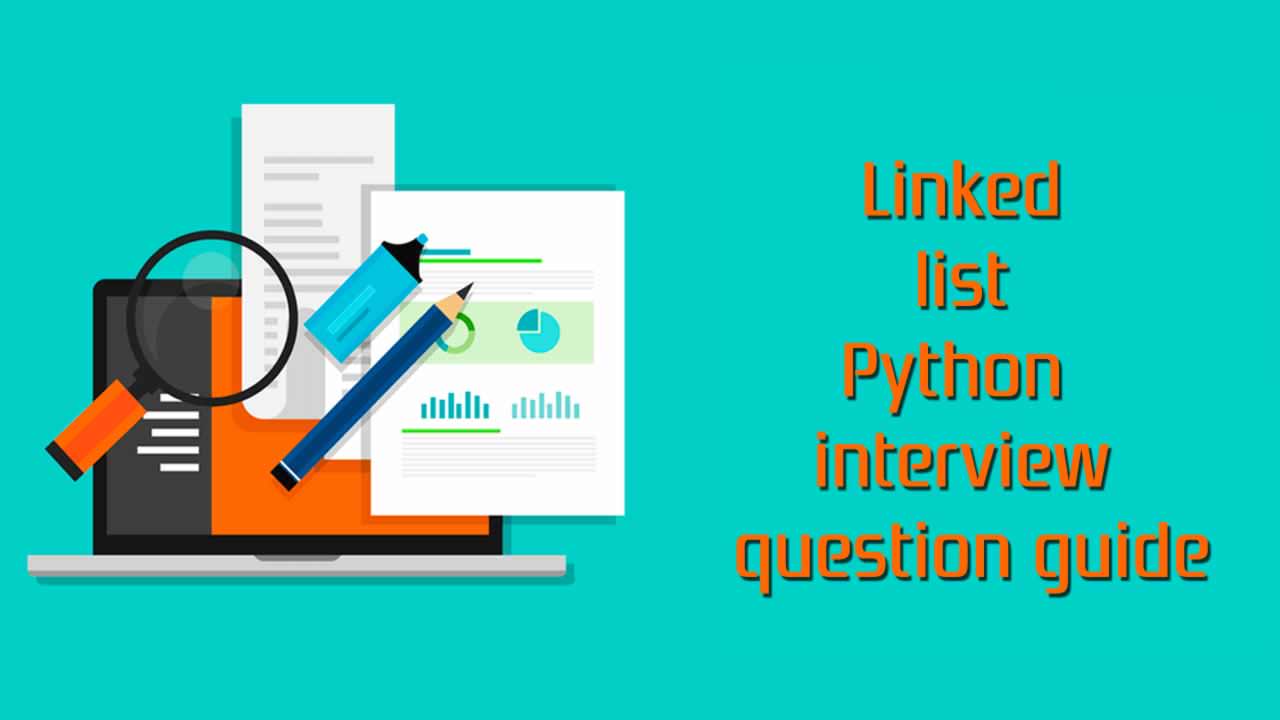 I always understood the core concept of Linked Lists, but I never put it into practice. And that’s why I’m writing this guide!

My goal is to help you get a job as a Software Engineer.

I want to cover a lot of Linked Lists interview questions, and this article is the first step in that process. So let’s dive in.

A Linked List is a data structure that consists of many mini-data structures called ‘Nodes.’ The Nodes link together to form a list.

The ‘Head Node’: The head node is simply the first node in the linked list. As we can see from the example above, the node containing ‘5’ is the first node, and therefore the head.

When it comes to Linked Lists, there are two main kinds.

Singly linked means that each node only points to at most 1 other node, the node in front of it. This is exhibited in the example above.

Doubly linked means that each node can point to 2 other nodes, the node in front of it and the node behind it. As we can see from the example below, since there is no node preceding the head node (which is 5), one of its pointers points to null.

Okay, I understand all of that. But how does the code work?

Coding Linked Lists can be a 4 line problem or a 400 line problem. It depends on how you want to approach it.

On the simplest level, like we discussed, a linked list is just a bunch of connected nodes.

Thus, all we really need to create this structure is a node object.

Here we can see we’ve simply created a class that has a value and nextNode attribute.

To create a node, we simply pass in a value.

The next step is simply to connect them together.

The first line above makes node1 point to node2:

The second line above makes node2 point to node3:

Note: “10” points to null, because there was no nextNode assigned to node3, and the default nextNode is Null.

Like I mentioned earlier, there are a lot of different ways to do this. This is just the simplest.

If you are trying to make an entire LinkedList class, this video goes in depth on how to do that.

If you’re doing a programming interview, and you get asked a Linked List question, you’re not going to be given all the nodes.

All you’ll get is the head node.

From that head node, you have to get the rest of the list.

First let’s understand how to get the value and nextNode from a node in Python.

Let’s say we have a node simply named ‘node’.

Getting the value of the node:

Getting the nextNode of the node:

This first thing we want to do is create a variable called “currentNode” that keeps track of the node we’re at. We want to assign this to our head node at first.

Now all we have to do is simply check whether or not our current node is Null. If it’s not, we make our ‘currentNode’ equal to the ‘nextNode’ of the ‘currentNode’.

Our head and first ‘currentNode’ is “3”.

We are reassigning ‘currentNode’ to our current node’s neighbor, which in this case is “7”.

This continues until the currentNode is pointed to None, in which case the loop stops.

And that is the basic way to traverse through a Linked List in Python.

Link to the code on Github.

When you insert an element into a linked list, you insert it into the back unless specified otherwise.

Let’s use the following example:

Now let’s say we were in an interview, and all we had was the head node.

We simply traverse through the LinkedList to find the tail. Once we have the tail, we simply set its nextNode to our new node that we create.

Deleting can get a bit tricky.

We would also have to account for the head node being the node we want to delete.

In the code below, we simply delete the first instance of the value we want to delete.

Note that there are many ways to accomplish this, and the solution below might not be the cleanest code you’ll see in your life. However, in the heat of an interview, the interviewer probably won’t expect textbook perfect code.

NOTE These are the time complexities for the node structure above, which is most likely to appear on an interview. In practical cases, you can store attributes in a LinkedList class to lower these complexities.

‘n’ = the amount of elements inside the Linked List.

Inserting to the back of the Linked List— We go through all n elements to find the tail and insert our new node. O(n)

**Inserting to the front of the Linked List — **We simply create the new node and set its nextNode to the head. No need to traverse the list. O(1)

Traversing — We go through all n elements once. O(n)

**Deleting — **Worst case scenario, the node we’re deleting is the last node, causing us to traverse through the entire list. O(n)

You now have the fundamental knowledge you need to start tackling Linked List interview questions!

They can start off easy, and get tough really quick.

In the next article, I’m going to go over a couple of common questions and techniques you can use to solve them.

If you’re a student looking to land your dream internship or full-time job within the next 2 years, start practicing now!

I’ve started a community (www.theforge.ca) where we connect students with mentors and industry experts that help them navigate their way to their dream job.