Why our machine learning platform supports Python, not R 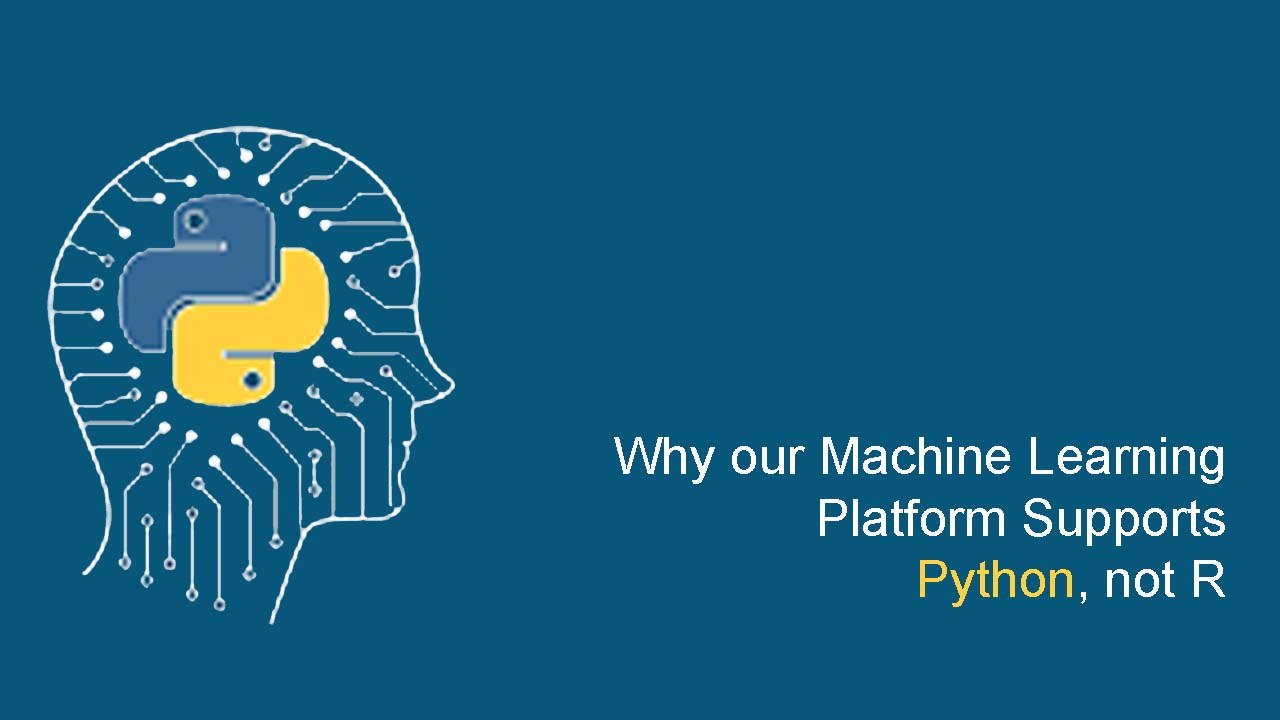 Why our machine learning platform supports Python, not R .There are dozens of articles written comparing the relative merits of Python and R for data science, and this isn’t one of them.

There are dozens of articles written comparing the relative merits of Python and R for data science, and this isn’t one of them.

Instead, this an article about the divergence of data analysts and machine learning engineers, and their differing needs in a programming language.

This may sound fairly obvious, but it represents a change in the machine learning ecosystem, one that is worth diving into further.

Python and R are both suited for data analysis

Comparisons of R and Python often highlight perceived advantages of either language that are, at best, marginal and subjective. While some believe R’s out-of-the-box statistical functions provide an advantage over Python, which requires the use of third party libraries like NumPy, those differences aren’t that impactful.

The simple truth is that R and Python are both completely adequate for the analysis of data.

For example, say you want to run a simple linear regression model on some data, like housing prices. In R, it would look something like this:

Here it is in Python:

The differences aren’t incredible. Some people may feel particularly attached to the syntax of one language, or may prefer R’s default plotting library (ggplot2) over Matplotlib or other Python options. Others will point out that Python is more performant than R.

The reality is, if all you want to do is analyze data, either language will get the job done fine.

But machine learning engineering is about software—not business intelligence

The needs of a company that is analyzing data to learn about their business—business intelligence, in other words—are different than those of a company for whom machine learning is an actual part of their product.

As Adam Waksman, Head of Core Technology at Foursquare, explains:

Waksman continues to explain that at Foursquare, “We don’t have a data science department — we have an engineering department that cuts across a lot of functions.”

The needs of machine learning engineers are different. Let’s look at a real example.

To build a customer service bot for your company, you’d probably deploy your model as a microservice, which would take customer input and return a response to be rendered within the bot’s frontend.

In building this API, you’d need to:

In other words, machine learning engineers have to deal with engineering concerns, where Python is the better choice.

Machine learning is both a research and an engineering discipline

To understand the emergence of machine learning engineering, it is useful to look at what happened in a related field, web development.

In 2000, there was only one product that relied on asynchronous communication between the client and server—Outlook Web Access. The team at Microsoft working on Outlook Web Access was the same team that invented XMLHTTP, the technology that made background HTTP requests possible.

In other words, the only people who could build asynchronous apps were the people who invented the technology that enabled them.

However, it didn’t take long for the web development field to split into researchers and practitioners. While researchers still work on new technologies and frameworks—typically while employed by larger organizations—practitioners mostly use these inventions to build products.

For example, Nick Walton built AI Dungeon, an ML-driven choose your own adventure game, at a hackathon using a finetuned version of OpenAI’s GPT-2:

Similarly to how most web developers don’t design their own database or framework, Walton did not invent his own model architecture. Instead, he used the outputs of machine learning researchers to build a new product.

Business intelligence and data analysis will always exist, and within those communities, R will remain a popular choice. ML engineering, however, has moved on.

More and more, we are seeing teams like Foursquare, for whom data science and machine learning are matters of product development and engineering. The people responsible for them aren’t data analysts, they’re engineers (in terms of responsibilities, not titles), and they use tools and languages familiar to software engineers—like Python.

R will always be a valid tool for generating dashboards and reports. Building a predictive ETA feature for your ridesharing app, a content recommendation engine for your streaming service, or a face recognizer for your photo app, however, is a job for machine learning engineers and Python.

In other words, we built a platform for machine learning engineers, not data analysts, and that meant supporting Python over R.