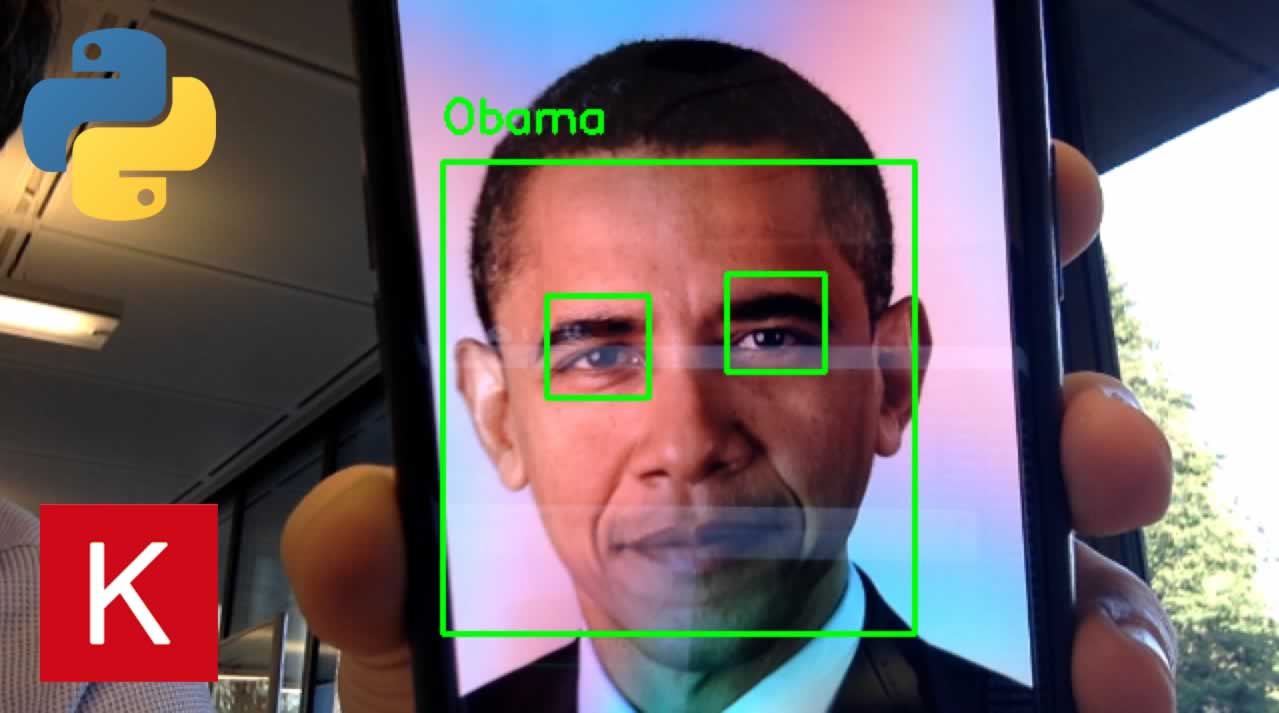 Most facial recognition algorithms you find on the internet and research papers suffer from photo attacks. These methods work really well at detecting and recognizing faces on images, videos and video streams from webcam. However they can’t distinguish between real life faces and faces on a photo. This inability to recognize faces is due to the fact that these algorithms work on 2D frames.

Now let’s imagine we want to implement a facial recognition door opener. The system would work well to distinguish between known faces and unknown faces so that only authorized persons have access. Nonetheless, it would be easy for an ill-intentioned person to enter by only showing an authorized person’s photo.This is where 3D detectors, similar to Apple’s FaceID, enter the game. But what if we don’t have 3D detectors ?

This article objective is to implement an eye-blink detection-based face liveness detection algorithm to thwart photo attacks. The algorithm works in real time through a webcam and displays the person’s name only if they blinked. In layman’s terms, the program runs as follows:

For the detection and recognition of faces you need to install the face_recognition library which provides very useful deep learning methods to find and identify faces in an image. In particular, the face_locations, face_encodings and compare_faces functions are the 3 most useful_._ The face_locations method can detect faces using two methods_: Histrogram of oriented Gradients (HoG)_ and C_onvolutional Neural Network (CNN)._ Due to time constraintsthe HoG method was chosen. The face_encodings function is a pre-trained Convolutional Neural Network able to encode an image into a vector of 128 features. This embedding vector should represent enough information to distinguish between two different persons. Finally, the compare_faces computes the distance between two embedding vectors_._ It will allow the algorithm to recognize face extracted from a webcam frame and compare its embedding vector with all encoded faces in our dataset. The closest vectors should correspond to the same person.

In my case, the algorithm is able to recognize myself and Barack Obama. I selected around 10 pictures of each. Below is the code to process and encode our database of known faces.

Now that we know the encodings for each person we want to recognize, we can try to identify and recognize faces through a webcam. However, before moving to this part, we need to distinguish between a face photo and a living person’s face.

As a reminder, the goal is to detect an open-closed-open eye pattern at some point. I trained a Convolutional Neural Network to classify whether an eye is closed or open. The chosen model is the LeNet-5 which has been trained on the Closed Eyes In The Wild (CEW) dataset. It is composed of around 4800 eye images in size 24x24.

When evaluating the model, I reached 94% accuracy.

Each time we detect an eye, we predict its status using our model, and we keep track of the eyes status for each person. Therefore, it becomes really easy to detect an eye blinking thanks to the function below, which tries to find a closed-open-closed pattern in the eyes status history.

We almost have all the elements to set up our “real”-face recognition algorithm. We just need a way to detect faces and eyes in real-time. I used openCV pre-trained Haar-cascade classifier to perfom these tasks. For more information about faces and eyes detection with Haar-cascade I highly recommend you to read this great article from openCV.

The function above is the code used for detecting and recognizing real faces. It takes in arguments:

At Lines 2–4 we grab a frame from the webcam stream and we resize it to speed up computations. At line 10 we detect faces from the frame , then at line 21, we encode them into a 128-d vector. In line 23–38 we compare this vector with the known face encodings and we determine the person’s name by counting the number of matches. The one with the biggest number of matches is selected. Starting at line 45 we try to detect eyes into face boxes. First, we try to detect open eyes with the open_eye_detector. If the detector succeeds, then at line 54,‘1’ is added to the eye status history meaning the eyes are open since the open_eye_detector cannot detect closed eyes. Otherwise, if the first classifier has failed, (maybe because eyes are closed or simply because it did not recognize eyes) then the left_eye and right_eye detectors are used. The face is separated into left and right side for the respective detectors to be classified. Beginning at line 92, the eye part ​is extracted​ and the trained model predicts whether the eyes are closed. If one closed eye ​is detected, then both eyes ​are predicted to be closed and a ‘0’ is added to the eyes status history. Otherwise it’s concluded that the eyes are open. Finally at line 110 the isBlinking() function is used to detect eye blinking and if the person has blinked ​the name is displayed. The whole code can be found on my github account.