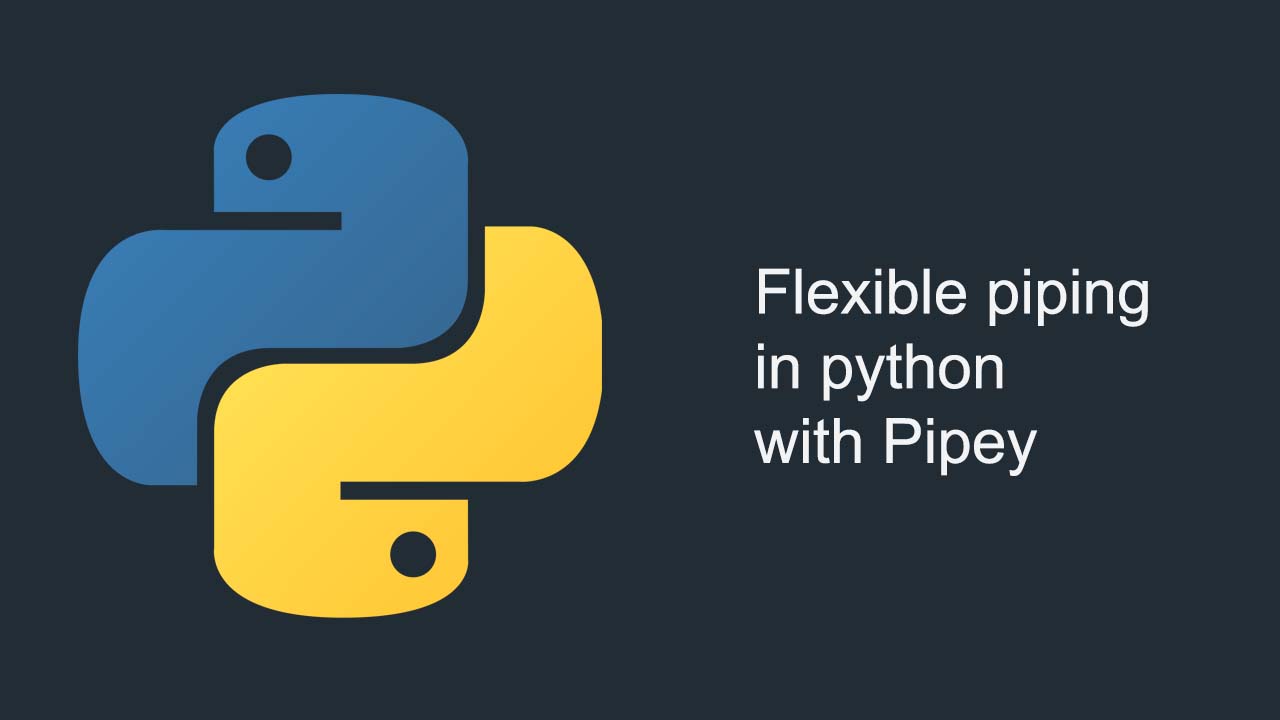 We’ve all had to write python code with heavy nesting, like this:

Piping (with Pipey) lets you write this using a pipe operator >> as follows:

Piping orders commands so they follow the flow of logic, making code substantially more readable and declarative. Piping is one of the best things about bash:

And it’s also one of the best things about R:

While some libraries already exist that enable this sort of declarative syntactic sugar (pipe, dfply, dplython), we weren’t always satisfied with the syntax choices (while | is the natural choice to parallel bash piping, it is too common of an operator to function in a general framework) and limited functionality (they often only support single arguments, or particular input types, such as pandas dataframes). So we decided to write our own, with careful and intentional choices so that it might function as an unopinionated, flexible, pythonic framework.

As a general programming paradigm, piping has one somewhat substantial pitfall — it’s hard to debug. Your 8 lines of code are now condensed into 1, so when your traceback points to that line, it can be unclear what’s broken. Granted, the python traceback deals with this pretty well, so it’s generally not a huge problem.

And nonetheless, we’d argue that this drawback is outweighed by a level of concision and maintainability it lends to heavily chained workflows. In particular, for data work, which is often done in development environments which contain hidden states (such as jupyter or R markdown), reproducibility of code can be difficult to consistently achieve. Piping mitigates this danger by (1) enforcing a consistent order of operations, and (2) disallowing hidden states.

Consequently, the piping paradigm is naturally reproducible, production-ready, and stable as soon as it is written.

Pipey is just a framework, meant to make it really easy to make things that can be piped. To start, let’s install pipey:

Now let’s revisit the example given at the beginning of this article:

Allowing you to rewrite your nested commands simply:

Alternatively, you might want to make this entire sequence more reusable, and roll the whole thing up into a function, in which case you can use Pipeable as a decorator.

which could then be invoked with

Args and kwargs also work out of the box — simply pass them to the function on the receiving end of the pipe:

For a full overview of Pipey’s functionality, see the docs on the repo page. That’s all for now. Happy piping!