How to Cool the Raspberry Pi 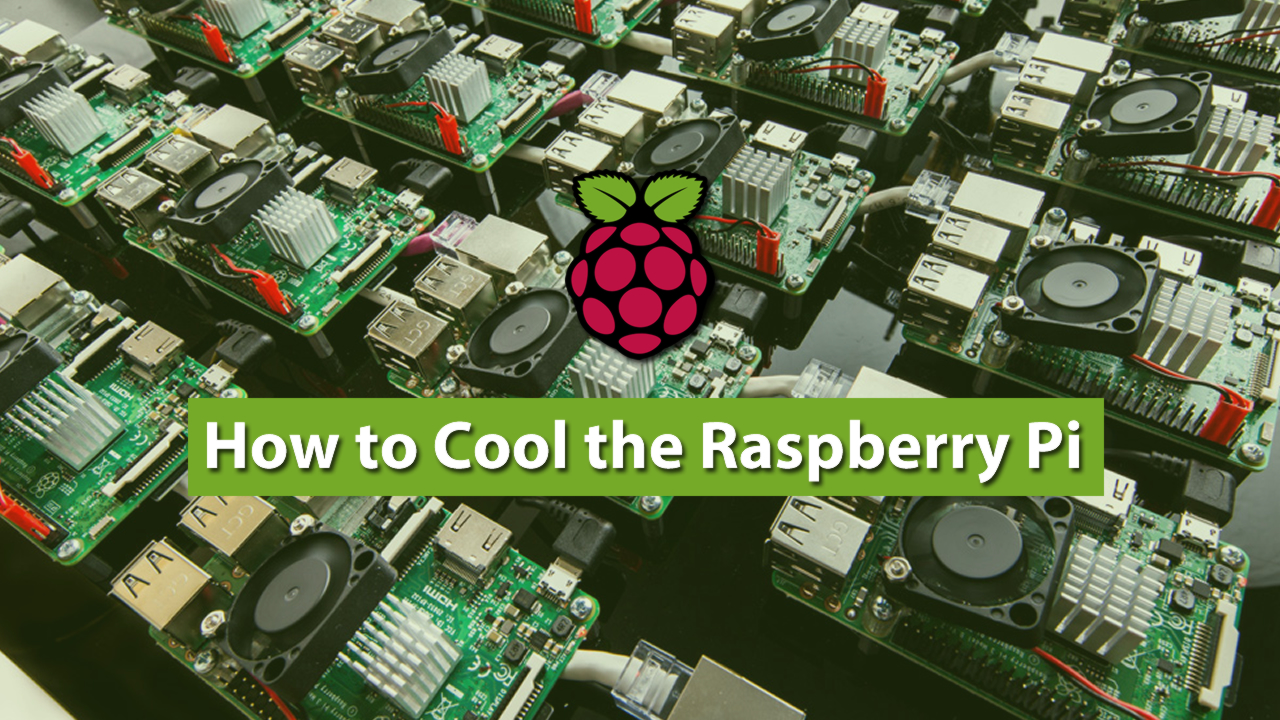 The Raspberry Pi 4B runs hotter than any previous model. How should you handle it?

When the Raspberry Pi Model 4B was released earlier this year, it introduced a 1.5 GHz quad core processor — the fastest ever used on a Pi. The speed upgrade has obvious benefits. For example, if you use the Raspberry Pi to build a video monitoring device, you’ll get a higher framerate with the Model 4B. But it also means the power-hungry processor needs cooling, especially if you plan to put it to work on a CPU-intensive task.

In this article, I’ll compare different ways I tried to cool my Model 4B on the cheap, and I’ll show how they performed when I profiled them with stressberry.

How hot does the latest Raspberry Pi get? The Raspberry Pi Foundation provides power usage data for the Model 4B and previous generations of the Raspberry Pi. They show that today’s Raspberry Pi, when put to work on a computationally difficult task, can use as much as five times the power.

Power consumption based on current measurements from the Raspberry Pi Foundation

Even when idling, the Model 4B becomes uncomfortably toasty. But heat is only part of the problem. The real question is how spiking temperatures affect performance.

To take a closer look, I monitored the temperature of the Model 4B while the CPU was under 100% load. After less than 3 minutes, the CPU began to throttle down to a lower clock rate, resulting in sluggish performance. You can expect even worse results if the Raspberry Pi is placed in a case.

For comparison, a Model 2B that is working its hardest (continuously under a 100% load) will probably remain cooler than an idling Model 4B. Clearly, if you plan on using the latest and greatest version of the Raspberry Pi, you can’t ignore cooling.

Where to find free heat sinks and fans

You can buy a variety of cooling products for the Raspberry Pi, such as dedicated fans and specialized cases. But you’ll feel more accomplished if you salvage something free and make it work, in true do-it-yourself fashion.

My favorite approach is to reclaim parts from old electronics hardware. As with any processor, you have two options for cooling the Raspberry Pi: a heat sink (a piece of metal that absorbs excess heat) or a fan (to blow away heated air). Fortunately, heat sinks and fans are easy to find in old electronics. Computer motherboards are a great place to find small heat sinks, as motherboards usually have chipsets that need passive cooling. Additionally, some IC (integrated circuit) components such as voltage regulators have aluminum heat sinks, though they are often soldered onto the board, making them harder to remove.

Salvaged fans can be trickier to use as they’re typically designed for 12-24 V. I found that it’s easiest to attach fans that are 6 cm wide, as they align almost perfectly with the mounting holes on the Raspberry Pi. Unfortunately, the Raspberry Pi GPIO header is only capable of delivering either 3.3 V or 5 V, which isn’t enough for the average fan. I used an XL6009 module — a step-up voltage converter which I had lying around (they cost a dollar or two).

Here’s my combination of Raspberry Pi, salvaged fan, and a step up converter:

Of course, the greatest amount of cooling comes from using a heat sink and a fan. Here’s how I combined the two using some extra standoffs. It isn’t beautiful, but it works!

The fan is supported by standoffs salvaged from VGA ports

The simplest way to benchmark the thermal properties of the Raspberry Pi is to use stressberry, a handy tool written by Nico Schlömer. It’s straightforward to download and install on a Raspbian distribution, and it’s easy to make simple adjustments to the stress-testing script.

First, install stress (the linux package used by stressberry), then stressberry itself, like this:

Once the installation is complete, you can modify the test script using nano:

The first modification that I made was to the length of time that the CPU was under stress during the test. I changed the default setting of 300 seconds to 600 seconds.

Next, I changed the sampling rate from every 2 seconds to every 0.1 seconds, by changing the argument in the t.join() function.

When processing the data, I averaged it over 4 s intervals to smooth out some of the noise in the temperature measurements.

Once you’re happy with the script settings, it’s easy to run the script so that it outputs the measurements to a file:

I’m fortunate to have an electronics graveyard in my basement, so I was able to try out a number of different heat sinks. The heat sinks I used differed in shape, material, mass and surface area. They include two (A, B) that were attached to ICs, and four (C, D, E, F) that I found on old motherboards.

To my surprise, all of the heat sinks were able to keep the CPU from throttling during 10 minutes at 100% CPU usage, including heat sink A, which is really just a bent strip of aluminium. Here’s the comparison of how they did:

Passive cooling test of heat sinks A through F

The copper heat sink F was the most difficult to use due to its shape and size. I needed to place a 1 cm square copper spacer between the CPU and the heat sink. Without it, the heat sink’s pipe was pushing against one of the HDMI connectors.

Heat sink F is particularly useful if you need to enclose your Raspberry Pi to protect it from exposure to the environment, because you can put the radiator outside of the sealed enclosure.

Heat sinks worked pretty well in my testing. But how do they compare to using a fan?

As a first test, I compared three cases: using heat sink E with a fan, using the heat sink on its own, and using the fan on its own. Unsurprisingly, the combination of the two was best, and the fan-only approach edged out the heat-sink-only approach. But that’s not the whole story.

Heat sink E, with and without a 12 V fan

And here’s a 3D plot that shows a different look at the same data — the effect of fan power on CPU temperature. Click the image to load it up on the plot.ly website, where you can rotate the graph and examine the raw numbers.

Clearly, the more power supplied to the fan the better the cooling, but above 0.6 W the temperature curves are tightly packed next to one another. This is likely because the air passing over the heat sink doesn’t have sufficient time to absorb heat from it. In other words, the fan reaches a point of diminishing returns, where a greater fan speed has minimal thermal improvement but has a cost of greater power draw and increased noise.

Depending on the heat sink, fan, or even the thermal paste that you use, your results will be different from the ones that I profiled. That said, there’s no need to invest in fancy cases or fans. Salvaged parts work perfectly well, and almost any heat sink or fan provides enough cooling… at least until the Model 5B is released!