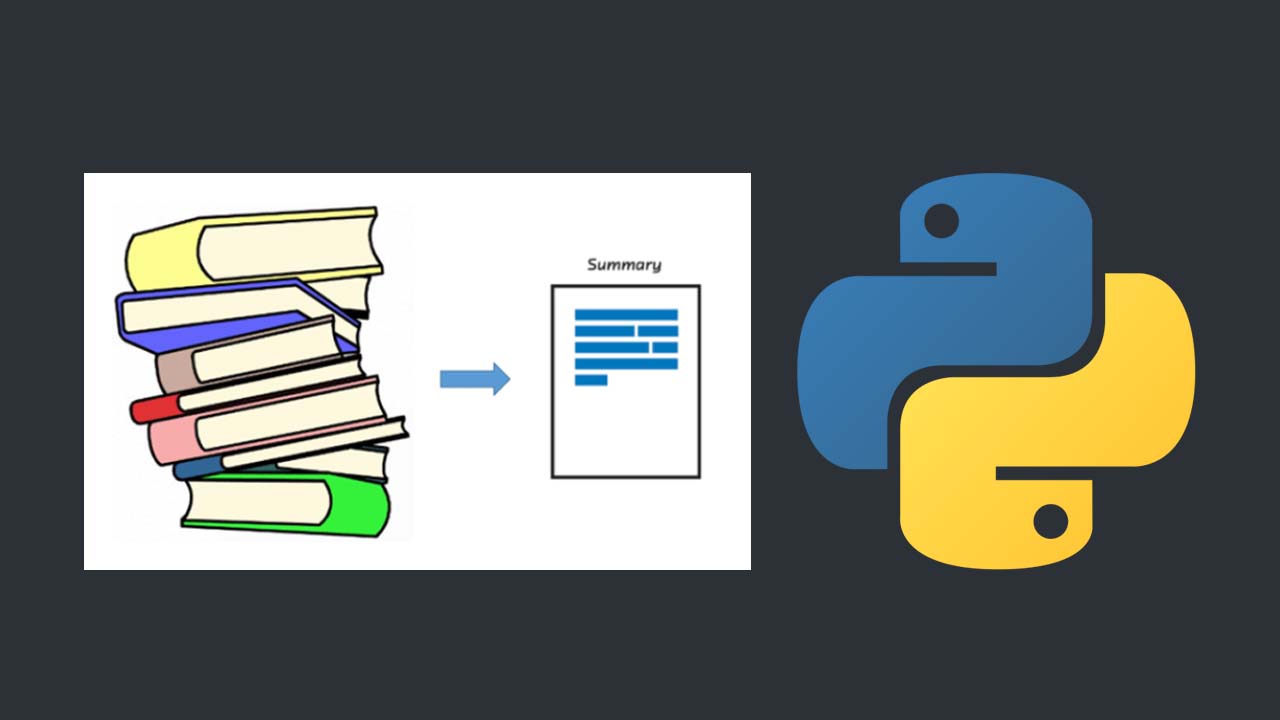 Extractive Text Summarization Using spaCy in Python.We started off with a simple explanation of TF-IDF and the difference in our approach. Then, we moved on to install the necessary modules and language model.

Traditionally, TF-IDF (Term Frequency-Inverse Data Frequency) is often used in information retrieval and text mining to calculate the importance of a sentence for text summarization.

TF-IDF is not a good choice if you are dealing with multiple domains. An unbalanced dataset tends to be biased and it will greatly affect the result.

A common term in a domain might be an important term in another domain. As the saying goes: “One man’s meat is another man’s poison.”

Let’s try to do it differently by using just the important terms. This piece focuses on identifying the top sentences in an article as follows:

Let’s move on to the next section to start installing the necessary modules.

We will be using pip install to download the spaCy module. It is highly recommended to create a virtual environment before you proceed.

Run the terminal in administrator mode as we will need admin privilege to create a symlink when we download the language model later on.

Once you are done with the installation, the next step is to download the language model. I will be using the large English model for this tutorial. Feel free to check the official website for the complete list of available models.

It should take some time to download the model as it is about 800MB in size. If you experienced issues while downloading the model, you can try to use the smaller language models.

When you’re done, run the following command to check whether spaCy is working properly. It also indicates the models that have been installed.

Let’s move on to the next section. We will be writing some code in Python.

Add the following import declaration at the top of your Python file.

Counter will be used to count the frequency while punctuation contains the most commonly-used punctuation.

The spaCy model can be loaded in two ways. The first one is via the built-in load function.

We will be writing our code inside a function. It is always a good idea to modularize your code whenever possible.

The first part is to tokenize the input text and find out the important keywords in it.

I have covered a tutorial on extracting keywords and hashtags from text previously. Feel free to check it out.

The next step it to normalize the weightage of the keywords.

If you were to print out the max_freq variable, you should see a Counter object that contains a dictionary with a normalized value range from 0 to 1.

Let’s proceed to calculate the importance of the sentences by identifying the occurrence of important keywords and sum up the value.

You should be able to get a cumulative normalized value for each sentence. We will use this value to determine the top sentences.

Your function should be as follows.

Let’s test the function that we have just created. Feel free to use any kind of text for your test. I will be using the following text as example for this tutorial.

Remember to pass in the number of sentences to be returned for the top_sentence function.

I obtained the following result:

Although we have implemented a simple extractive text summarization function, there are still a lot of improvements that can be made based on your use cases. Examples include:

Let’s recap what we have learned today.

We started off with a simple explanation of TF-IDF and the difference in our approach. Then, we moved on to install the necessary modules and language model.

Next, we implemented a custom function to get the top sentences from a chunk of text.

During each function call, we will extract the keywords, normalize the frequency value, calculate the importance of the sentence, sort the sentence based on its importance value, and return the result based on the limit that we have passed to the function.

Finally, we explored how we can improve it further based on our own use cases.

Thanks for reading and hope to see you again in the next article!