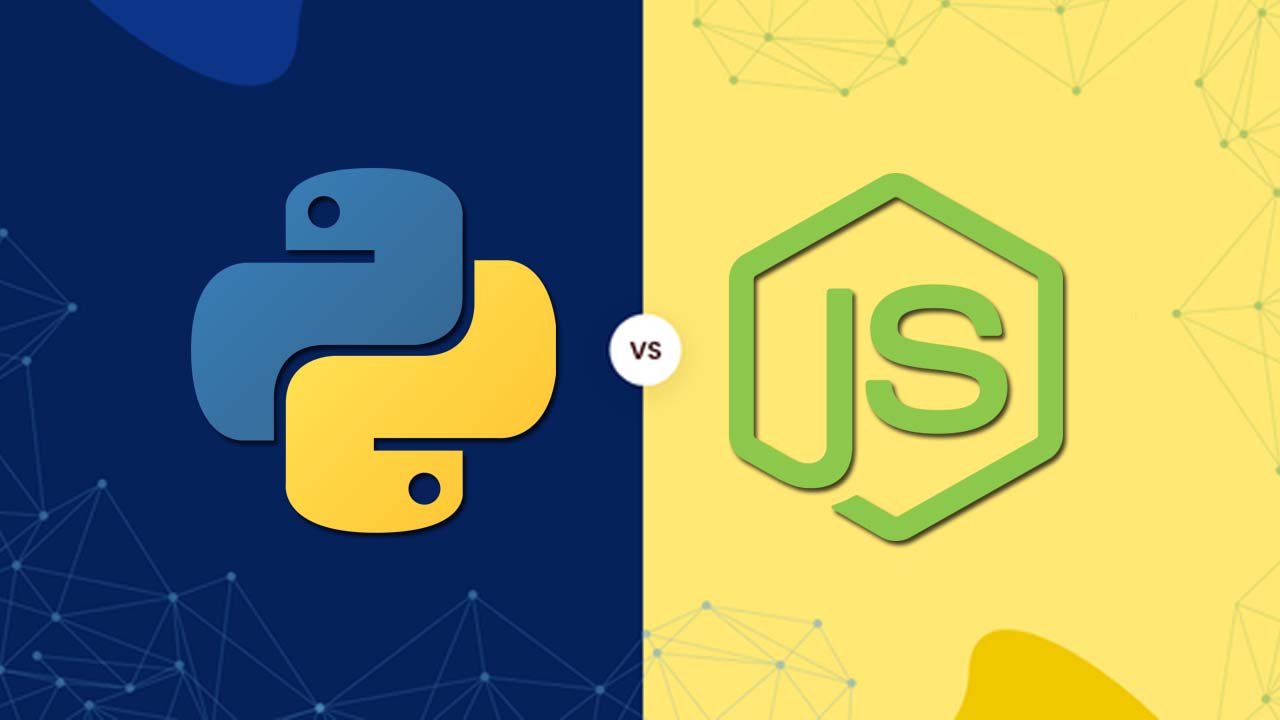 Every project has its specifications and demands. And when you’re building an application, it’s most important to choose the right technology to code it. We’ll take a look at Python vs. Node.js to learn about their benefits, downsides, and use cases so you can make an educated decision about which one is best suited to your project.

Why Your Tech Stack Choice Matters

You can ask your peers for advice about what technology to choose, Google the answer, or ask developers which technology they prefer. Each source will give you a different opinion, but none of these options will tell you reliably which technology is the best fit for your project.

Programming languages and frameworks were designed to fulfill specific project goals, and that’s the main criteria to base your choice on. Don’t go by popularity alone. For example, some technologies are a better fit for Big Data applications (like Python and R), while others are more often used for building large desktop applications (like Java and C/++/#).

The choice of technology should be deliberate and based on your needs and capabilities, such as:

The list can go on, but it’s essential to take every feature of your future product into consideration when choosing the technology you’ll use to build it. By comparing Python vs. Node.js for backend development, we’ll show you how good technologies vary in their advantages and areas of application.

Python is an oldie, but a goodie. This programming language originated in the early ’90s and is still one of the most innovative, flexible, and versatile technologies thanks to its continually developing libraries, excellent documentation, and cutting-edge implementations. For example, Python is the go-to language for data science, machine learning, and AI projects. According to JetBrains research, it will remain that way for the next five years.

Python also has one of the largest communities that contributes to improving the language to handle modern-day programming tasks, as shown in this diagram.

Like any other technology, Python has its pros, cons, and specific spheres of application. I have used Python for many different projects like monitoring and payment platforms, real estate and security solutions, FinTech (ClearMinds), travel(Padi Travel, Diviac), and healthcare (Haystack Intelligence) platforms. Time and time again, it has proven to be a robust technology for handling all of the tasks our clients came with.

Python has many advantages that facilitate development in diverse projects, from startups to big enterprise platforms. Here are some of the most prominent ones:

These Python features offer a lot of flexibility to your project since you can go back and forth with the consumers, offer a solution, gather feedback, make improvements, and scale your prototype into a fully fledged web application.

I work for the loan management division of a company that finances large purchases (furniture, refrigerators, etc.). My coworkers manage our accounts and I support them and management with data analysis and workflow automation. Since there is such a focus on productivity, a short delivery time is often the most important thing, right after “How many FTEs will that save?” So I use Python for its flexibility and the speed at which it allows me to write usable code. I can cover more bases much more quickly than I could with something like .NET, Java, or any Windows scripting utilities, and none of my work is user-facing, so I don’t need extensive GUI capabilities. Python fits this niche perfectly.

I create software libraries for Raspberry Pi add-ons (known generally as HATs for hardware attached on top) and- for better or worse- the canonical language on the Pi is Python. It’s seen generally as a fairly friendly language for beginners and since the whole community is involved with projects, examples, guides and tooling there’s no reason to go against the grain. But that’s not to say I don’t enjoy Python. It’s quite probably my least-hated programming language on reflection.

I’ve just released Python libraries to deploy fonts for use with example code that drives LCDs, OLEDs and eInk displays- working with namespace packages and entry points has been interesting and has allowed me to solve the font problem in a way that can be shared and built upon by the community.

Python is a great fit for most types of projects, but it does have a couple of limitations:

When to Use Python

Python is the language of choice for all sorts of projects, whether small or large, simple or complex. That includes business applications, desktop user interfaces, educational platforms, gaming, and scientific apps. As for the area of application, Python is mostly used for:

Node.js is an environment that allows JavaScript to be used for both back-end and front-end development, as well as to solve compatibility issues. It can also be defined as a server-side scripting language. It was launched in 2009, not that long ago, and is steadily gaining in popularity.

When comparing Python vs. Node.js for web development, Node has a few benefits to boast about:

I run a small business and do all the tech work, which includes scripts, services, internal web apps, api scraping, DB admin, etc. I like that I can develop quickly with Node. If we were going to scale out anything I’d probably go with a more mature and locked down technology, but the MEAN stack is perfect for us at the moment. I also enjoy Javascript as a language

When to Use Node.js

Node.js is the go-to technology for developing apps like Ad services, gaming platforms or forums. It’s good at handling projects with a lot of simultaneous connections or applications with high-speed and intense I/O (input/output), as well as applications such as productivity platforms (e.g., content management systems), P2P marketplaces, and eCommerce platforms. Node is used in different types of web applications, such as:

Looking at Python vs. Node.js performance and use cases, we can see that both cater to different needs. Node.js is used for solutions where Python isn’t usually applied — or example, for real-time applications that require more speed, or in cases where you want the same team to work on both front- and back-end development.

As you can see, Python vs. Node.js, both have their advantages and disadvantages, and they are used for different kinds of projects. So when you are choosing between Node.js or Python, you need to look at all the pros and cons to decide which one is most suitable for your project application.

I have been working with Python for a long time, and over the years I have used it to build everything from high-quality mid-size web applications to complex enterprise-grade solutions. And every project has convinced me(and still does) that Python helps simplify development, reduces time and costs, and allows me to scale the project quickly and easily.