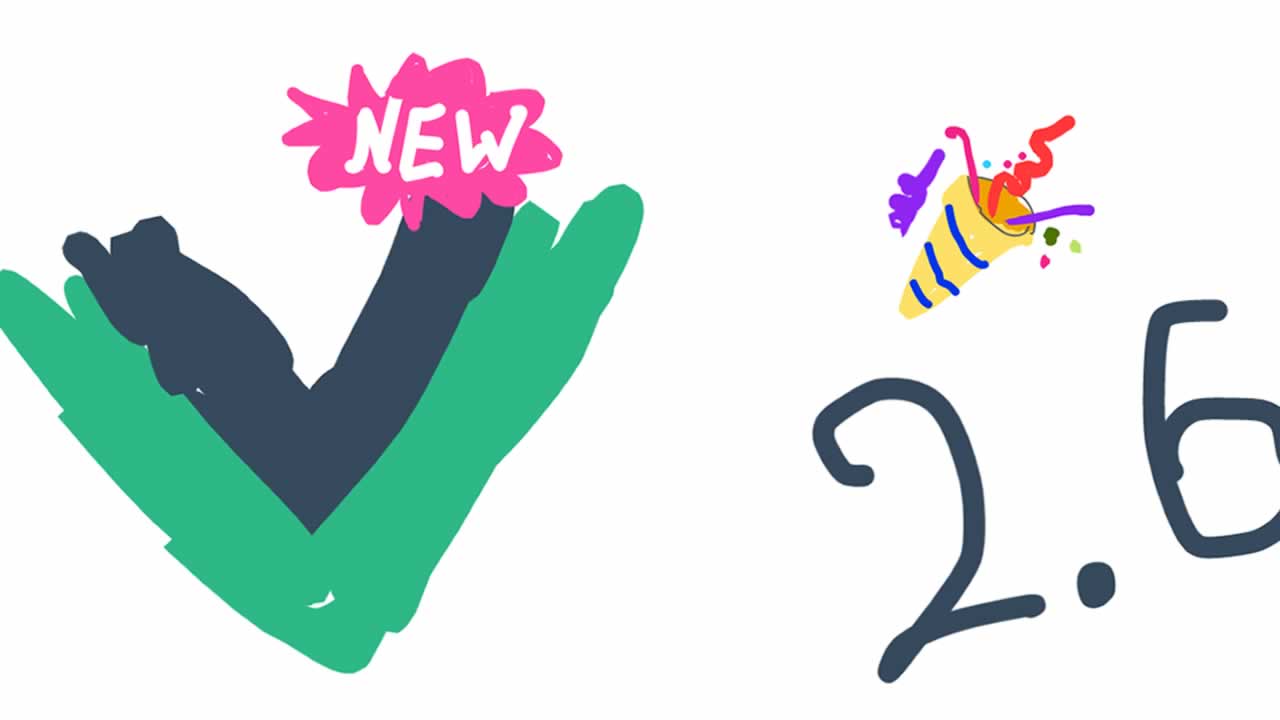 Yesterday we just celebrated the 5th Vueniversary — today we are excited to announce the release of Vue 2.6 “Macross”!

In the past year, we spent a lot of time working on the new CLI and prototyping for 3.0. As a result, Vue core 2.x hasn’t received major updates in quite a while. It’s about time! This release combines a number of substantial improvements, internal changes and new features which are highlighted in this post. For full details, make sure to also check out the full release note on GitHub.

Slots is an important mechanism that enables flexible component composition in Vue. During the prototyping for 3.0 we discovered a number of ways to improve it. Some of these can be introduced without breaking changes, which allows us to ship them in a 2.x minor release. For those that do require breaking changes, we are also trying to provide progressive alternatives in 2.x that would make future migrations easier.

The first step is the new syntax of scoped slots. We proposed, discussed and experimented with a number of different designs (1, 2, 3) and eventually landed on the new v-slot syntax outlined in this RFC. Here is a brief example using named slots:

The new syntax unifies the usage of normal and scoped slots in a single directive, and enforces more explicit and readable named slots usage. It is also fully compatible with the existing syntax, which allows us to ship it today in 2.6.

If you are already familiar with the existing slot syntax, we recommend you to read through the RFC to better understand the rationale behind the new syntax. If you are not yet familiar with slots, it is recommended to go through the updated slots documentation instead.

In 3.0, there will no longer be the distinction between scoped vs. non-scoped slots — all slots will use the same unified syntax, are compiled into the same format, and have the same optimal performance.

Vue’s built-in error handling mechanism (in-component errorCaptured hook and the global errorHandler hook) now also captures errors inside v-on handlers. In addition, if any of your lifecycle hooks or event handlers performs asynchronous operations, you can now return a Promise from the function so that any uncaught errors from that Promise chain are also sent to your error handlers. It becomes even easier if you are using async/await, since async functions implicitly return Promises:

More details can be found in this RFC. Conveniently, if the argument value is null, the binding/listener will be removed.

Note to library authors: this feature requires the Vue runtime to be of version 2.6.0 or higher. If you ship pre-compiled components and want to maintain compatibility with versions before 2.6, avoid using this in your source code.

Thanks to the stellar pull request by GitHub user @gzzhanghao, starting in 2.6 most template compilation warnings now comes with source range information. This has enabled us to generate nice code frames for these warnings:

The resulting object can be used directly in computed properties or render functions, and will trigger appropriate updates when mutated.

Data Pre-fetching during Server Side Rendering

The new [serverPrefetch](https://ssr.vuejs.org/api/#serverprefetch) hook allows any component (instead of just route-level components) to pre-fetch data during server-side rendering, allowing for more flexible usage and reducing the coupling between data fetching and the router. Projects like Nuxt and vue-apollo are already planning to simplify their implementations using this new feature.

In 2.5.0 we made an internal adjustment that caused nextTickto use Macrotasks instead of Microtasks to queue updates if the update was triggered in a v-on event handler. This was originally intended to fix some browser edge cases, but has in turn led to a number of other issues. In 2.6 we have found a simpler fix for the original issue, which allows us to revert nextTick to consistently use Microtasks in all cases.

If you are interested in more technical details, check it out here.

(This change only affects render function users.) In render functions, scoped slots are exposed on this.$scopedSlots as functions. Up until now, calling a scoped slot function can return a single VNode or an Array of VNodes based on what the parent component is passing in. This was honestly an oversight as it makes the return value type indeterministic and can lead to unintended edge cases. In 2.6, scoped slot functions are now guaranteed to return either an Array of VNodes or undefined. This may affect some existing code if it is not properly checking for possible Array return values. More details here.

Thanks to the contributors who contributed pull requests in this release, and to all the community members that participated in the RFC discussions.