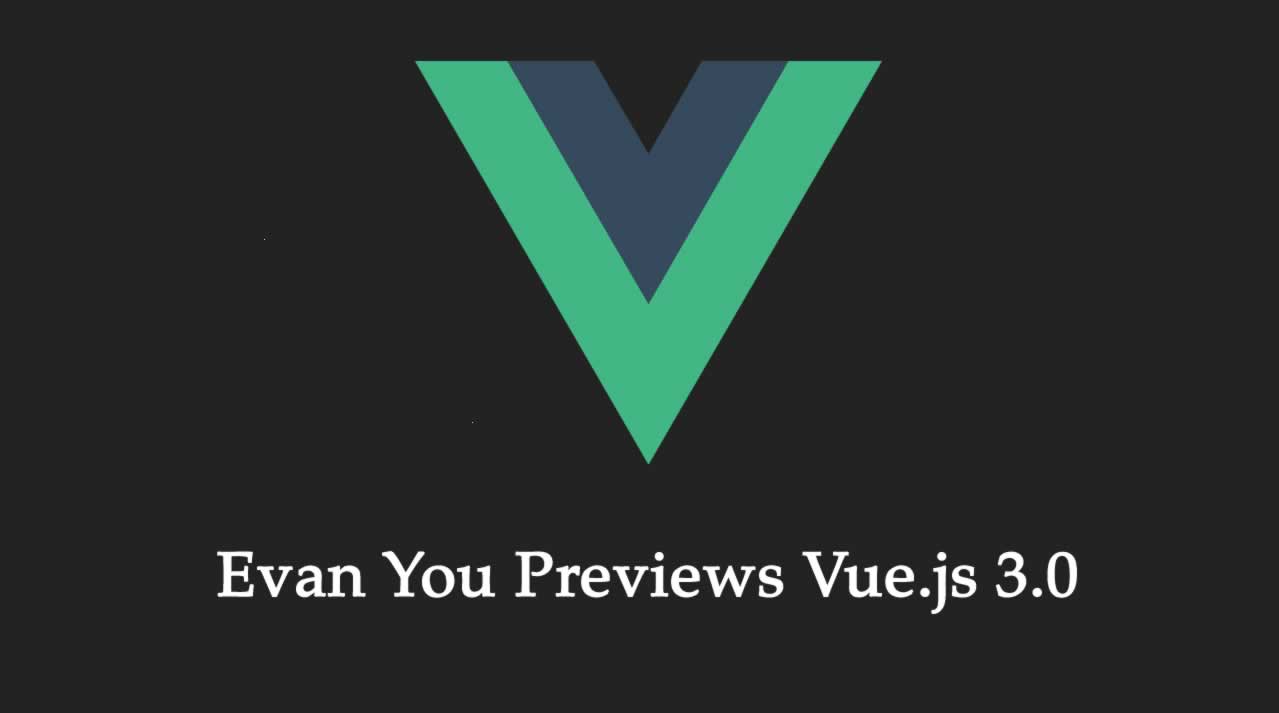 Evan You previewed Vue 3 this morning during his keynote talk at Vue Toronto. By taking advantage of new abilities enabled by modern browsers,Vue 3 will be an improved evolution of the Vue.js we already know and love

Vue Toronto We took notes and combined those with his slides below.

Update: The full video can now be seen on Vue Mastery.

Evan and the Vue team’s goal is to make the transition to Vue 3 as smooth as possible, where the changes are invisibly improving the framework.

While Vue is already quite fast, Evan shared that Vue 3 will be even faster. Here’s how…

With the Virtual DOM being rewritten from the ground up, we can expect more compile-time hints to reduce runtime overhead. And the rewrite will include more efficient code to create virtual nodes.

If you want to learn more about what this code is doing, we talk about the Virtual Dom in my Advanced Components course.

Currently in Vue, when a parent component re-renders, its child(ren) also has to re-render. With Vue 3, the parent and child can be re-rendered separately.

With static tree hoisting, this means Vue 3’s compiler will be able to detect what is static and then hoist it out, reducing the cost of rendering. It’ll be able to skip patching entire trees.

Additionally, we can expect static props hoisting, where Vue 3 will skip patching nodes that aren’t going to change.

Currently, under the hood Vue’s reactivity system is using getters and setters with Object.defineProperty. However, Vue 3 will use ES2015 proxies for its observation mechanism. This removes caveats that previously existed, doubles the speed, and uses half of the memory.

In order to continue to support IE11, Vue 3 will ship a build that supports both the old observation mechanism and the new proxy version.

Vue is already quite small, at around 20kb gzipped at runtime. But we can expect it to get even more compact, at 10kb gzipped for the new core runtime. This will be accomplished in large part by eliminating the libraries you’re not using (aka Tree Shaking). For example, if you’re not using the transition element, it won’t be included.

While the majority of Vue developers aren’t working on the library itself, it’s good to know that Vue 3 will bring more maintainable source code. Not only will it be using TypeScript, but many packages will be decoupled making everything more modular.

The runtime core will also be platform agnostic, making it even easier to use Vue with any platform (ex. Web, iOS, or Android).

The Observer module has been extracted into its own package, allowing you to use it in new ways:

It’s also going to be easier to trace where a re-render was triggered. During his talk, Evan did some live coding and showed how to trace through a Vue app (using the code below) to figure out what triggered a component to re-render. This will be quite useful in bigger applications and performance fine-tuning.

Vue 3.0 will also have Improved TypeScript support, allowing for a new level of type checking and useful errors & warnings inside your editor.

When we need to share behavior between two components in Vue, we typically use Mixins. However, Evan is experimenting with a Hooks API that avoids some of the gotchas from Mixins, and fits better with idiomatic Vue code.

When you have lots of components that are all trying to re-render at the same time, any browser can start crawling, making the user experience difficult.

Evan showed how he’s experimenting with Time Slicing, breaking up JS execution into segments that yield to the browser if there’s user interaction to be processed.

I already enjoy coding with Vue, and I’m excited to see improvements on the horizon that make Vue more competitive, modular, easier to debug, and enjoyable to develop. There’s no release date on this one, other than “late next year.”

If you’d like to learn more about the internals and advanced features of Vue, be sure to check out my Advanced Components course on Vue Mastery, where in between lessons I speak with Evan You talking about the Vue internals.

☞ How to use Vue.js Navigation Guards to Restrict Access to Routes

☞ How to use Web Components in Vue for beginners