Migrating from AngularJS to Angular 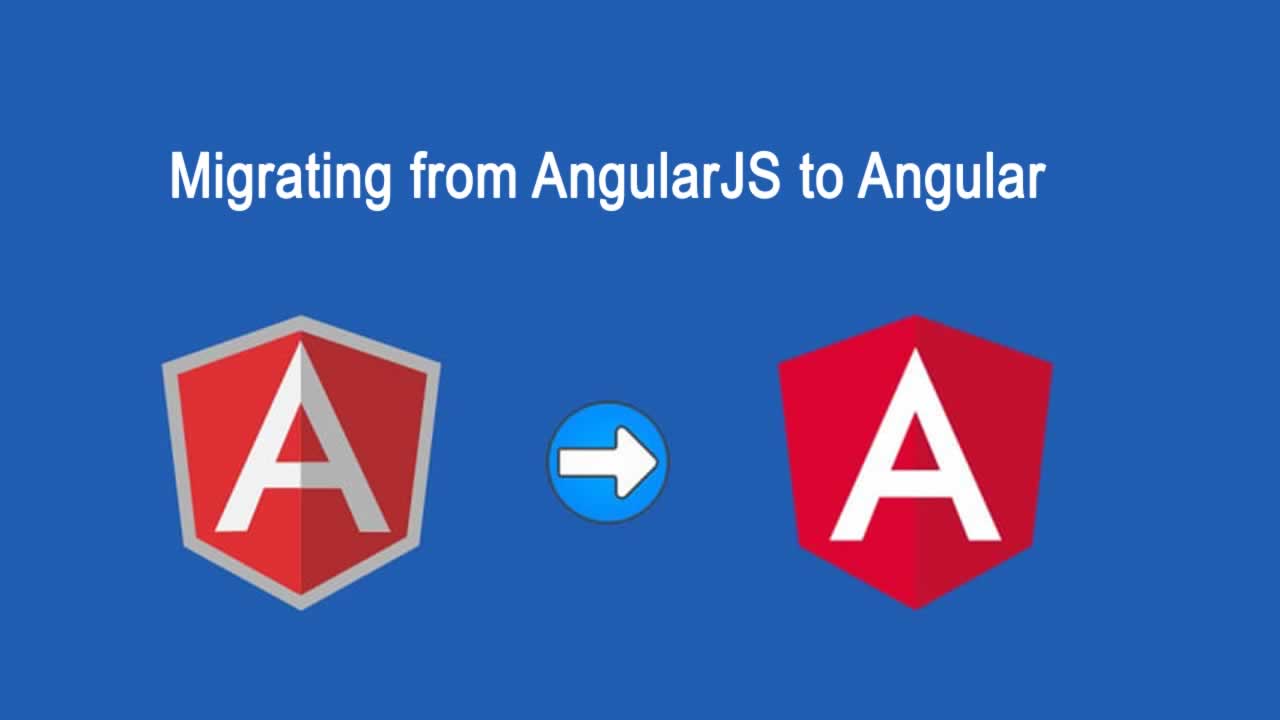 Dealing with legacy code/technologies is never fun and the path to migration isn’t always as straight forward as you want. If you are a small startup, trying to balance business requirements, scarce resources and aggressive deadlines, it becomes even more complicated.

This is the situation one of the startups I was advising was facing.

A bit of background

The startup was developing a SaaS for the last 2 years and (at the time) had around 15 clients worldwide. In these 2 years their code base grew pretty fast and lead to quite a lot of fast/reckless written code. There was nobody to be blame, this is pretty common in the startup world when business needs move way faster than you expect and you start sacrificing code qualify for quantity.

A few months before starting the migration, development was getting very slow, features were not coming out as fast, deadlines were missed and clients were reporting more issues with every update that we were rolling out. It was at this time that we started thinking more seriously about some kind of refactoring or major improvement.

We didn’t know exactly what we were going to “refactor/improve” so we started off by answering three questions (I recommend that anyone who is thinking about a migration/refactoring think really hard about the how to answer them):

This is a very important questions to answer because it helps you understand the value of the migration and also it helps to keep the team focused on the desired outcome. For example because i don’t like the way the code is written isn’t good enough reason. The reason has to have a clear value proposition that somehow directly or indirectly benefits the customers.

For us it was mainly three things:
1. feature development was becoming painfully slow;
2. code was unpredictable. we would work in one part of the application and break 3 other parts without realizing;
3. single point of failure: only 1 engineer knew the FE code base completely and only he could develop new features on the codebase (this is out of a team of only 5 engineers)

So our goal was simple:

2nd question: Who is going to do the migration ?

You can answer this question either now or after the 3rd question. Depending on the size of the company and on the available resources it can be one person, several people, an entire team, etc…

We were in a difficult situation. The only developer who could work on this couldn’t because he was busy building critical features for our customers. Luckily we had one senior backend engineer who wanted to get some FE exposure so he volunteered to take on the task. We also decided to time-box a proof of concept at 2 weeks. We did this because we didn’t know how long it would take to figure out a solution or whether the engineer could actually do this task since he hadn’t worked on FE before.

3rd question: What are we actually going to do ? The answer here usually involves some discovery time, a few tech proposals and a general overview of the options with the entire team while weighing the pros and cons of each.

For us one thing was clear from the start: we didn’t want to invest any resources into learning/on-boarding engineers on AngularJS. AngularJS had already entered Long Term Support and we didn’t want to have our engineers invest time in something that might not benefit them long term. This meant that refactoring the existing AngularJS code was not an option. So we started looking at Angular6 …

There a multiple approaches on how to have a hybrid app running different frameworks. After reviewing some options we decided that — for us — the best way to move forward was to simply have 2 separate FE applications deployed: the legacy AngularJS one and the new Angular one. This meant that any state on one app could not be transferred to the other application, which wasn’t such a big deal for us since only new modules were going to be developed using Angular and our modules didn’t share state with each other.

From the client’s perspective everything would look like one application, except for a page reload when they would move between the applications.

Pros to this approach

Cons to this approach:

We already knew of a new module that we wanted to build so we started form scratch with a new Angular 6 project and we used this new module for our 2 weeks proof of concept.

Have both apps running on the same domain so that they have access to the same cookies and local data. This was extremely important since only the AngularJS app would continue handing authentication & authorization.

Both apps The goal was to make the new app look the same as the original application. So we:
• copied over all the stylesheets
• implemented the base layout of the application (header & menu drawer)

Since our main navigation links would take you to either app, we decided do move all that logic to a backend service called menu-service. This would eliminate the need to write any navigation changes in both apps and also would allow for greater runtime control over what navigation buttons we show.

In the above example based on the type value we identify that the module1 and refresh are links towards the new application while module2 and logout are links in the old application.
This information allows each application to decide whether to use the internal routing mechanism or do a window.location redirect

Example of routing in the Angular app (AngularJS does something similar):

Step 5— building/deployment on a real environment

Like i mentioned in the beginning the AngularJS application was deployed to an AWS S3 bucket and exposed through Cloudfront to take advantage of the massively scaled and globally distributed infrastructure offered by AWS.

Unfortunately we didn’t manage to achieve the desired routing behavior with AWS Cloudfront. This was a big disappointment since we had to pivot to a less optimal solution. (if anyone has any suggestion on how to do this in Cloudfront i’d love to hear it)

We ended up with the following structure:
• each app deployed in a NGINX Docker container

We were already using Docker for deploying our application as containers. So we added a Makefile target to run the latest from our Docker repository

This might not be the cleanest or optimal solution, however it was the fastest way towards our goals. And this was the most important thing to us.

The goal of this post isn’t to teach you how to do a AngularJS to Angular6 migration but instead is to showcase our path when dealing with such a task.

☞ Angular 6 - What To Expect