Building a Pomodoro Timer with Vue.js 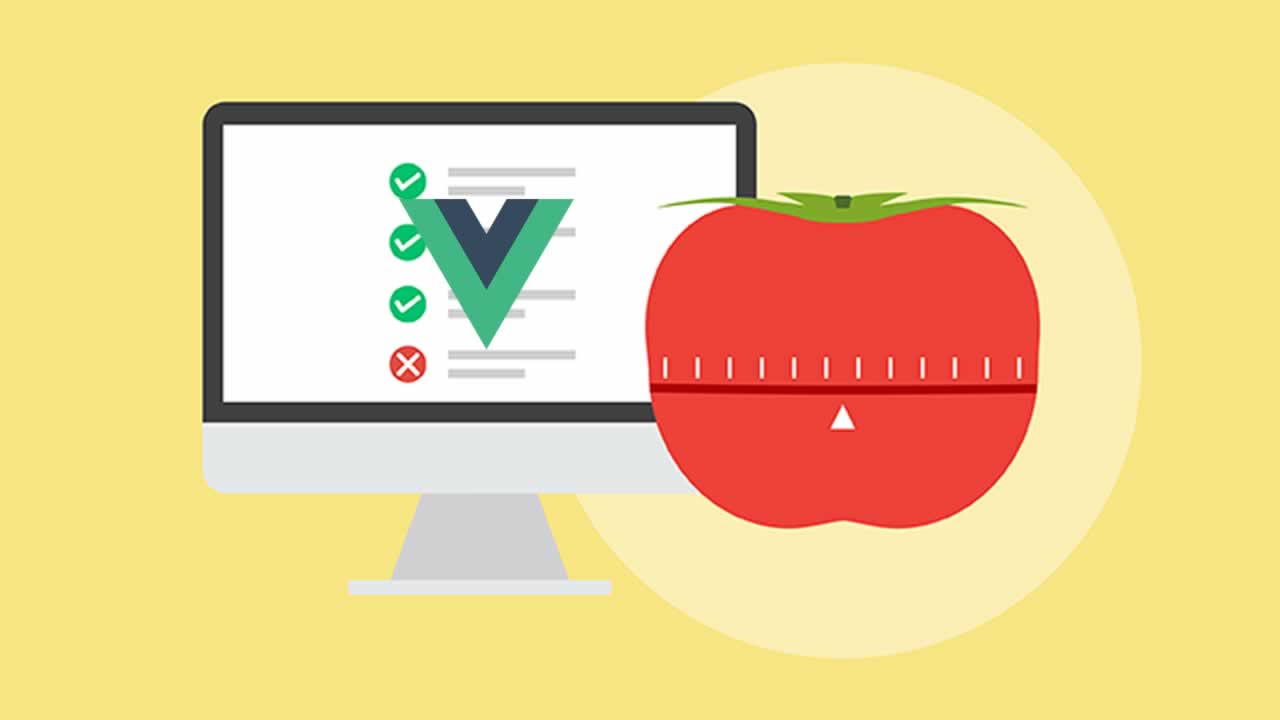 Building a Pomodoro Timer with Vue.js. How I learned a lot trying to make a timer for a challenge and then determined to make a full featured one.

The setup was easy as there already was a codepen (below) with all the required html and css work done. With the major work ahead of me it was time to start working on the javascript portion of this challenge.

The first thing I wanted to do was setup my data with all the variables I would need.

This just created the variable for my messaging, which would change depending on what state the timer is in, and the states to differentiate from the timer being active or being paused. These states would be crucial to creating my methods in relation to getting the timer to countdown.

The methods came pretty naturally in reference to their connections with the buttons. I needed to attach a method to each button that would run on click. The requirement called for 4 buttons (Start, Pause, Resume, and Reset).

This is the original code for the methods relating to the functionality we just talked about. Including the changing of the message on the certain states.

To change the message for certain steps I tied the methods, shown above, to the buttons, shown below, and this triggers different actions. Depending on what button was pressed it could say the timer is running, the timer is paused, the timer was reset, or the timer is running. With the variable of timerRunning changing in the scenarios that also would change which button configuration was being shown at the moment, with the v-if function. So, this took care of the functions of the buttons and it’s time to actually get the timer working.

When I went to create the timer I realized I didn’t really know how to code something counting down and didn’t understand the basic principles to create a timer. To learn how this should work I took a quick deviation into making a clock.

I learned about using the milliseconds to base all the clock actions on, how to step through time, and display hours, minutes, seconds and milliseconds. From this side project I learned a lot about time management when it comes to going forward or backward through time.

A major problem that I was having for the countdown timer was consistently moving through time. When I first created it, whenever the start/resume button was pressed after the initial start, the countdown would speed up incrementally for every time pressed. This was not the expected result and not conducive to something where you’d need to resume. After making this clock I realized a more consistent method of triggering the start of the timer.

This code was important to having a consistent movement in the countdown from initial run to any subsequent resumes. Now when the timer is started a new this.interval is started to countdown the timer. On a pause and reset that variable is cleared, which pauses the countdown and stops the variable from multiplying on top of each other.

Getting the timer to countdown was a long road of understanding a lot of math, which I’m sadly very poor at. In the end I needed to break down the interpretation of time into — hours are 606060, minutes are 60*60 and milliseconds are 60. So you need to take the milliseconds and times up. (I apologize if I’m explaining this poorly, I’m horrible at math).

Now the other problem with counting down, how not to go into negative numbers. With the explanation below this is the reason that the time doesn’t become negative (it actually does but we don’t show that).

It does go into negatives in his solution. You could include a simple check if time <= 0 to reset and stop the timer. And how it stays in 60 seconds is just maths. He converts the rounded minutes into seconds and subtracts them from the total time (in seconds). So what will be left are seconds between 0 and 60.
This could be shortened and cleared up using modulo.
this.totalTime % 60
This will always leave the remainder of a number 0–60.
Thanks to Zammy13 for answering my question

The breakdown of the modulo (Remainder %).

For my timer I wanted 25 minutes, so I used this instead totalTime: (25 * 60). This equals the total amount of time (25 minutes) times 60 which equals the amount in seconds. The totalTime is then 1500 in seconds.

The final step was to make sure that your timer knew it was counting down. Which is probably the easiest part of this whole thing, just checking that the variable timerRunning == true and then removing a millisecond.

It was a long road and a lot more work than I thought it was going to be. In the end I made something that is basic and can’t wait to make something with all the bells and whistles. Something to tell you where you are in the pomodoro technique and something to make it visually more fun.

Byteconf React is a free React/JavaScript conference, streamed on Twitch. Join us on August 31, 2018, to hear from the best React developers and teachers from around the world. Join our mailing list and follow us on Twitter to stay up to date!

An introduction to dynamic list rendering in Vue.js
☞ https://morioh.com/p/dce4ed7a4073

Top 3 Mistakes That Vue.js Developers Make and Should be Avoided
☞ https://morioh.com/p/d1b8c71f74a3