A Vue.js introduction for people who know just enough jQuery 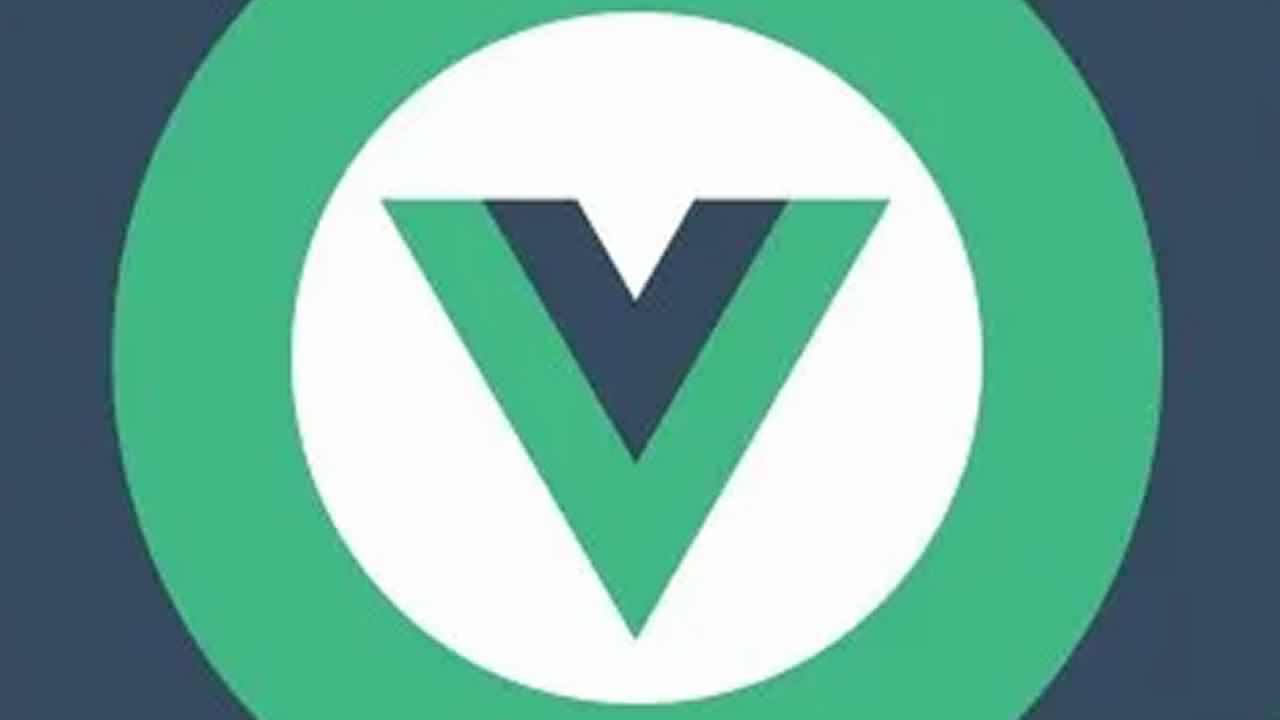 A Vue.js introduction for people who know just enough jQuery to get by, I’ve had a love-hate relationship with JavaScript for years.

I got to know the language by way of the design and development community’s favorite whipping boy, jQuery. You see, at the time I began learning JavaScript, as a “Designer who codes,” working with jQuery was a magical experience. I could make modals fadeIn and fadeOut. With a third-party library, I could add parallax scrolling to my portfolio with just a single function call. Nearly everything I could have possibly dreamed of was encapsulated in a single, ~100kb file…

All jokes aside, I have greatly enjoyed honing my JavaScript chops through building things here and there with these different frameworks and libraries. I have read countless articles and tutorials in the process, but none has stuck with me more than Shu Uesugi’s piece, “React.js Introduction For People Who Know Just Enough jQuery To Get By.”

Shu takes readers — who are presumed to have some level of proficiency with JavaScript fundamentals and jQuery — on a journey through the world of React as they build a clone of Twitter’s “compose tweet” component.

This conceptual frame was quite helpful to me as someone who learns best by doing. Indeed, any time a new JavaScript library comes out, I find myself going back to the example from this article to test the waters. And so, I would like to borrow this frame as I step you all through my recent experience of learning Vue.

Before you begin the steps below, I highly encourage you to read Shu’s article. He does a fantastic job of walking you through the jQuery code you might write in order to implement some of these features. Thus, and so as to mitigate the risk of redundancy, I will focus on showing you the ins-and-outs of Vue.

Most of us tweet (some more prolifically than others). So we are probably familiar with the User Interface component in the screenshot below.

Believe it or not, this UI component is a great example of how Vue (and React, as per Shu) might improve your life as a JavaScript/jQuery developer. The elements of this component that we will focus on building today are:

If at any point you come across something that is confusing or poorly explained, don’t hesitate to tweet me at @mattrothenberg. Keep in mind as you read this article: it’s not you, it’s definitely me.

How We’re Building It

Today, we will be using CodePen to build our “Compose Tweet” component. For the uninitiated, CodePen is an online HTML/CSS/JavaScript editor akin to JSBin or JSFiddle. For each step, I’ll embed a CodePen with the relevant code.

The first thing we need to do, before writing any JavaScript, is to write the markup for our “Compose Tweet” component. Today we will be using Tachyons for almost all of our stylistic needs (so that we don’t have to write extraneous CSS, and can focus on the markup and JavaScript).

I am running with the assumption that you are pretty CSS savvy, so I will not spend time walking you through the Tachyons approach to styling (tl;dr so style, much classes, very functional).

In this CodePen I have also gone ahead and pulled in Vue via CDN. Indeed, one of the main selling points of Vue is the simplicity by which it can be integrated into a new or existing codebase.

With everything in place, let us get started on some feature work.

Feature Description: Disable the blue Tweet button until a user has entered at least one character in the textarea .

First things first, let us set up our Vue instance. As mentioned above, Vue has won the hearts and minds of Developers by its simplicity of installation and ease of use. We can construct a Vue instance with the following code.

Let me explain what is going on here —

Turning our attention now to the HTML, you will see that our markup has changed ever so slightly from the first CodePen. Specifically, we have made three changes.

3. We added the **:disabled** attribute to our button. The colon preceding disabled denotes that we would like to evaluate the content inside the quotes as a JavaScript expression. If we were to omit the colon, the content would be treated as a string. You’ll also note that we’ve added a few lines of CSS to give the disabled button a distinct visual styling.

4. We also added a computed property on our instance called **tweetIsEmpty**. Note that this property is actually a function that returns a boolean value based on the length of our data model’s tweet attribute. Vue makes it dead simple to access your data model both in the HTML (as shown above) and in the instance itself. Thanks to the magic of two-way data binding, this function is evaluated when the value of tweet is updated. When the function evaluates to true, our button is disabled, and vice-versa.

Admittedly, this felt like smoke and mirrors when I first got started with Vue. What helped me was to literally see what was happening to our data model under the hood as I interacted with the component. Since we can easily access our data model in our HTML via the aforementioned curly brace syntax, we can build a quick, visual feedback loop. Score!

Please feel free to repeat this step if anything along the way was confusing (either due to my poor writing or coding abilities, or due to Vue itself). Send a tweet or leave a comment if you have any particular questions.

Feature Description: As a user types, show the number of characters remaining (out of 140) in the tweet. If a user has entered more than 140 characters, disable the blue Tweet button.

So far we have learned about two-way data binding and computed properties, concepts that are at the very core of Vue. It is our lucky day, because we can leverage these concepts to build our next feature: showing the users how many characters (out of 140) remain, and disabling the button if this limit is eclipsed.

Once again, I will step you through both the JavaScript and HTML changes required to implement this feature.

In our JavaScript, we have done a few things.

2. We added another computed property, **charactersRemaining**, which dynamically returns the difference between 140 and the length of the user-entered tweet.

3. We renamed the old **tweetIsEmpty**property to **tweetIsOutOfRange**and updated the function’s logic accordingly. Note how we are using the computed **charactersRemaining**property to derive this value. Hooray for code reuse!

On the HTML side of things, we only have to make a few changes, thanks to the power of Vue’s two-way data binding.

For the visual learners out there, watch the magic:

Feature Description: When composing a Tweet, the color of the “characters remaining” indicator should change to dark red when only twenty characters remain, and light red when ten or fewer remain.

Manipulating an element’s style or class can be cumbersome with jQuery, and Vue offers a much cleaner way of doing so. Vue’s approach feels more declarative, in that you describe how you want something’s style to change (based, for example, on a given state) and you let Vue do the heavy lifting.

In the context of this feature, our “characters remaining” indicator has two such states, and a corresponding CSS class for each.

By now your Vue brain should be shouting “COMPUTED PROPERTIES!” So, let us oblige this brain and wire up those properties.

With our logic in place, let us take a look at one of the ways in which Vue handles conditional styling: the v-bind:class directive. This directive expects an object whose keys are CSS classes, and whose values are the corresponding computed properties.

By adding the directive to the span tag that encloses our “characters remaining” indicator, we have completed our feature.

Vue offers a handful of template helpers (v-if, v-show, v-else , etc) to help you show and hide content conditionally. When the JavaScript expression passed to this directive evaluates to true, the element is rendered, and vice-versa.

In our case, we added a **v-if** statement that evaluates the computed property **photoHasBeenUploaded** .

When that function evaluates to true — when the photo key of our data model is not equal to null — the entire div gets rendered. Voilà!

And inside that div we render two elements:

We are almost there.

So, we can effectively handle a user attaching one photo to the Tweet, but what if she would like to upload many photos?

By now, you should be thinking something to the effect of: “I guess the only significant change here is being able to show multiple images in that box that appears conditionally beneath the textarea, considering we have already wired up our event handlers…” And you are correct! Let us take a look at the steps we need to follow

2. We need to update our computed property photoHasBeenUploaded to check against the length of our new photos key, which is now an array.

3. We need to update our input @change handler to loop over the uploaded files and push them onto our photos key.

On the HTML side, however, we must embark into new territory. Iterating over data and rendering content with jQuery can be cumbersome.

Thankfully, Vue offers an abstraction over this procedure by way of the v-for directive. This directive expects you to provide an expression in the form of (thing, index) in collectionOfThings, where collectionOfThings is the source array, thing is an alias for the array element being iterated on, and index is, well, the index of that element.

Where before we had a singular figure element for the user-uploaded photo, we will now have N figure tags corresponding to the length of the photos source array.

Lucky for us, our markup doesn’t have to change too drastically since the overall structure of the design is still the same.

In Twitter’s UI, the “Compose Tweet” component opens in a modal. For our grand finale, I would like to apply all of the Vue techniques we have learned so far and introduce one more: transitions.

A word of caution, transitions are a vast subject in Vue land. We are going to examine and implement a thin slice of this functionality, namely integrating a 3rd party animation library, Velocity JS, with Vue.

In a nutshell, Vue provides a transition component that allows you to add enter/leave animations for the element contained within, provided the element is set to be displayed conditionally via, for example, a v-if or v-show directive.

In our example, we have attached two methods that correspond with two events in the transition lifecycle: v-on:enter and v-on:leave. We have thusly added these method definitions to our Vue instance, deferring to Velocity JS to fade our modal in and out.

As mentioned above, the transition will fire when the element contained within is conditionally set to display. So, on the inner div of our transition component, we have added a v-if declaration whose value is a boolean modalShowing. Let us update our instance’s data model accordingly.

Now, when we want to show the modal, all we have to do is set that boolean to true!

And write a method to match.

Well, I hope that was not too painful (and that you learned a thing or two along the way). We only took a look at a small sliver of what Vue has to offer, though, as mentioned above, these concepts are crucial to unlocking the potential of Vue.

I admit, it is unfair to compare Vue to jQuery. They are products of different times, with quite different use cases. However, for those who have struggled their way to learn DOM manipulation and event handling through jQuery, I hope these concepts are a breath of fresh air that you can apply to your workflow.