You should never ever run directly against Node.js in production. 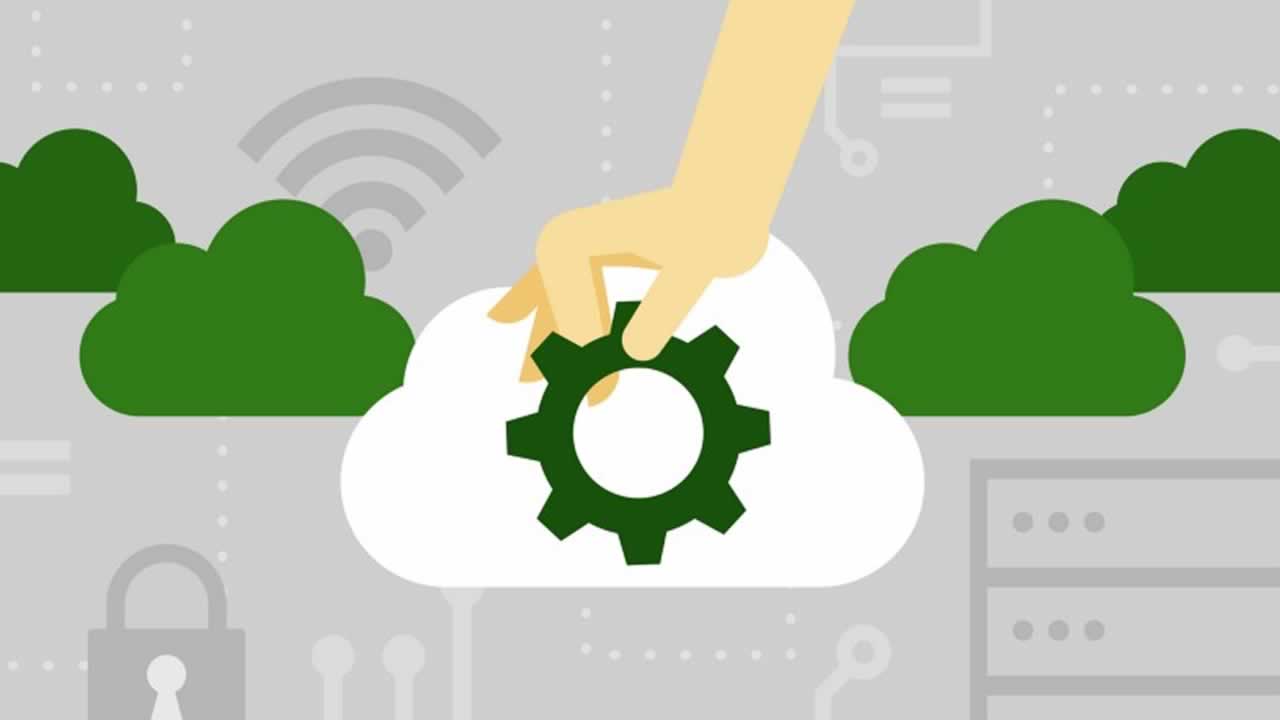 You should never ever run directly against Node.js in production

Sometimes I wonder if I know much of anything at all.

Just a few weeks ago I was talking to a friend who mentioned off-hand, “you would never run an application directly against Node in production”. I nodded vigorously to signal that I also would never ever run against Node in production because…hahaha….everyone knows that. But I didn’t know that! Should I have known that?!?? AM I STILL ALLOWED TO PROGRAM?

If I was to draw a Venn Diagram of what I know vs what I feel like everyone else knows, it would look like this…

By the way, that tiny dot gets smaller the older I get.

There is a better diagram created by Alicia Liu that kind of changed my life. She says that it’s more like this…

I love this diagram so much because I want it to be true. I don’t want to spend the rest of my life as a tiny, shrinking blue dot of insignificance.

SO DRAMATIC. Blame Pandora. I don’t control what gets played next while I’m writing this article and Dashboard Confessional is a helluva drug.

Well, assuming that Alicia’s diagram is true, I would like to share with you what I now know about running Node apps in production. Perhaps our relative Venn Diagrams don’t overlap on this subject.

Maybe. But maybe not. Let’s talk about the reasoning behind this statement. First, let’s look at why not.

We would run this with a start script in the package.json file. There are sort of two problems here. The first is a development problem and the second is a production problem.

The development problem is that when we change the code, we have to stop and start the application to get our changes picked up.

To solve that, we usually use some sort of Node process manager like supervisor or nodemon. These packages will watch our project and restart our server whenever we make changes. I usually do that like this…

Then I run npm run dev. Note that I’m running npx supervisor here which allows me to use the supervisor package without having to install it. I ❤️ 2019. Mostly.

Our other problem is that we’re still running directly against Node and we already said that was bad and now we’re about to find out why.

I’m going to add another route here that attempts to read a file from disk that does not exist. This is an error that could easily show up in any real-world application.

If we run this directly against Node with npm start and navigate to the read endpoint, we get an error because that file doesn’t exist.

Which — no big deal right? It’s one error. It happens.

NO. Big deal. If you go back to your terminal you will see that the application is completely down.

Which means if you go back to the browser and try to go to the root URL of the site, you get the same error page. One error in one method took the application down for everyone.

That’s bad. Like really bad. This is one of the main reasons why people say “never run directly against Node in production”.

We’ve got a few options.

One of them would be to simply use something like supervisor or nodemon in production the same way we are using them in dev. That would work, but these tools are a little on the lightweight side. A better option is something called pm2.

pm2 is a Node process manager that has lots of bells and whistles. Just like everything else “JavaScript”, you install it (globally) from npm — or you can just use npx again. I don’t want to tell you how to live your life.

There are a lot of ways to run your app with pm2. The simplest way is to just call pm2 start on your entry point.

And you’ll see something like this in the terminal…

There we go! You can see pm2 restart the application when it goes down because of our unhandled error.

We can also pull out our dev command and have pm2 watch files for us and restart on any changes.

Note that because pm2 runs things in the background, you can’t just ctrl+c your way out of a running pm2 process. You have to stop it by passing the ID or the name.

Also, note that pm2 retains a reference to the process so you can restart it.

If you want to delete that process reference, you need to run pm2 delete. You can stop and delete a process in one command with delete.

We can also use pm2 to run multiple processes of our application. pm2 will automatically balance the load across those instances.

pm2 has a ton of configuration options and those are contained in an “ecosystem” file. To create one, run pm2 init. You’ll get something like this…

I’m going to ignore the “deploy” section in this article because I have no idea what it does.

The “apps” section is where you define the apps you want pm2 to run and monitor. You can run more than one. A lot of these configuration settings are probably self-explanatory. The one that I want to focus on here is the instances setting.

pm2 can run multiple instances of your application. You can pass in a number of instances that you want to run and pm2 will spin up that many. So if we wanted to run 4 instances, we could have the following configuration file.

Then we just run it with pm2 start.

pm2 is now running in “cluster” mode. Each of these processes is running on a different CPU on my machine, depending on how many cores I have. If we wanted to run a process for each core without knowing how many cores we have, we can just pass the max parameter to the instances value.

Let’s find out how many cores I’ve got in this machine.

The good thing about running processes on separate CPU’s is that if you have a process that runs amok and takes up 100% of the CPU, the others will still function. If you pass in more instances than you have cores, pm2 will double up processes on CPU’s as necessary.

You can do a WHOLE lot more with pm2, including monitoring and otherwise wrangling those pesky environment variables.

One other item of note: if for some reason you want pm2 to run your npm start script, you can do that by running npm as the process and passing the -- start. The space before the “start” is super important here.

In Azure AppService, we include pm2 by default in the background. If you want to use pm2 in Azure, you don’t need to include it in your package.json file. You can just add an ecosystem file and you’re good to go.

OK! Now that we’ve learned all about pm2, let’s talk about why you may not want to use it and it might indeed be ok to run directly against Node.

Running directly against Node in production

I had some questions on this so I reached out to Tierney Cyren who is part of the enormous orange circle of knowledge, especially when it comes to Node.

Tierney pointed out a few drawbacks to using Node based process managers like pm2.

The main reason is that you shouldn’t use Node to monitor Node. You don’t want to use the thing that you are monitoring to monitor that thing. It’s kind of like you asking my teenage son to supervise himself on a Friday night: Will that end badly? It might, and it might not. But you’re about to find out the hard way.

Tierney recommends that you not have a Node process manager running your application at all. Instead, have something at a higher level which watches multiple separate instances of your application. For example, an ideal setup would be if you had a Kubernetes cluster with your app running on separate containers. Kubernetes can then monitor those containers and if any of them go down, it can bring them back and report on their health.

In this case, you can run directly against Node because you are monitoring at a higher level.

As it turns out, Azure is already doing this. If we don’t push a pm2 ecosystem file to Azure, it will start the application with our package.json file start script and we can run directly against Node.

In this case, we are running directly against Node and it’s OK. If the application were to crash, you’ll notice that it comes back. That’s because in Azure, your app runs in a container. Azure is orchestrating the container in which your app is running and knows when it faceplants.

But you still only have one instance here. It takes the container a second to come back online after it crashes meaning that there could be a few seconds of downtime for your users.

Ideally, you would want more than one container running. The solution to this would be to deploy multiple instances of your application to multiple Azure AppService sites and then use Azure Front Door to load balance the apps behind a single IP address. Front Door will know when a container is down and will route traffic to other healthy instances of your application.

Another suggestion that Tierney had is to run Node with systemd. I don’t understand too much (or anything at all) about systemd and I’ve already messed this phrasing up once already, so I’ll let Tierney say it in his own words…

This option is only possible if you have access to Linux in your deployment and you control the way that Node is started on a service level. If you’re running your Node.js process in a long-running Linux VM, like Azure VMs, you’re in a good place to run Node.js with systemd. If you are just deploying your files to a service like Azure AppService or Heroku or running inside of a containerized environment like Azure Container Instances, you should probably steer clear of this option.

Running Your Node.js App With Systemd - Part 1
_You’ve written the next great application, in Node, and you are ready to unleash it upon the world. Which means you can…_nodesource.com

Tierney also wants you to know that Worker Threads are coming in Node. This will allow you to start your app on multiple “workers” (threads) thusly negating the need for something like pm2. Maybe. I don’t know. I didn’t really read the article.

Node.js v11.14.0 Documentation
_The worker_threads module enables the use of threads that execute JavaScript in parallel. To access it: const worker =…_nodejs.org

Tierney’s last suggestion was to just handle the error and write some tests like an adult. But who has time for that?

Now you know most of what is in the tiny blue circle. The rest is just useless facts about emo bands and beer.

For more information on pm2, Node and Azure, check out the following resources…