What is a buffer in Node.js? 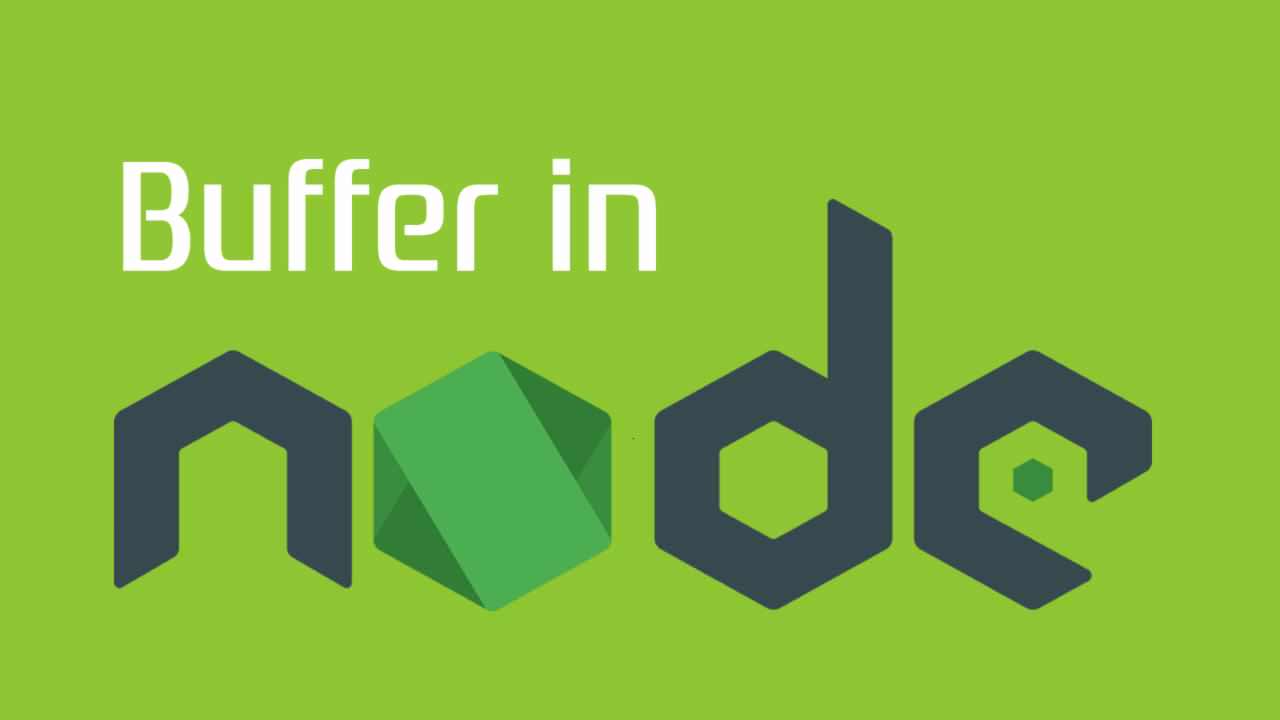 Are you always mystified, like me, whenever you come across words like Buffer, Stream, and binary data inNode.js? Does that feeling make you shrink from understanding them, thinking they are not meant for you but only for Node.js gurus and package developers to understand?

Indeed, those words could be very intimidating, especially when you’re coming into web development with Node.js without any CS degrees.

Sadly, many tutorials and books will jump straight to teaching how to develop web applications with Node.js packages without letting you understand the core features of Node.js and why they exist. And some will brazenly tell you that you don’t need to understand them because youmight never work with them directly.

Well, true, you might never work with them directly if you chose to remain an average Node.js developer.

However, if mysteries get you really curious, and you’ll stop at nothing to satisfy your curiosity, and if you want to take your Node.js understanding to the next level, then you really want to dig deeper to understand the many core features of Node.js, like Buffer, for example. And that’s exactly why I’m writing this piece — to help us demystify some of these features and take our Node.js learning to the next level.

When introducing Buffer, the official Node.js docs states in part…

… mechanism for reading or manipulating streams of binary data. The Buffer class was introduced as part of the Node.js API to make it possible to interact with octet streams in the context of things like TCP streams and file system operations.

Hmmm, unless you had prior knowledge of all the words in the above sentences, they are probably just a bunch of jargon. Let’s try to simplify that a bit by rephrasing it, so we can have a clear focus and not be distracted by the many bells and whistles in there. Extracting from that introduction, we could safely say:

The Buffer class was introduced as part of the Node.js API to make it possible to manipulate or interact with streams of binary data.

Each number in a binary, each 1 and 0 in a set are called a Bit, which is a short form of Binary digIT.

How does a computer know how to do this conversion? Well, it’s pure math. It’s the simple binary numeral system we learned in basic math — expressing a number in the base-2 numeral system. Computers understand that math.

But numbers are not the only data type we work with. We also have strings, images, and even videos. Computers know how to represent all types of data in binaries. Let’s take strings, for example. How will a computer represent the string “L” in binaries? To store any character in binaries, Computers will first convert that character to a number, then convert that number to its binary representation. So for the string “L”,computers will first convert L to a number that represents L. Let’s see how.

Open your browser console and paste the following code snippet and then hit enter:"L".charCodeAt(0). What did you see? The number 76? That is the number representation or Character Code or Code Point of the character L. But how does a computer know what exact number will represent each character? How does it know to use the number 76 to represent L?

Character Sets are already defined rules of what exact number represents each character. We have different definitions of these rules.The very popular ones include Unicode and ASCII. JavaScript plays really well with Unicode Character Sets. In fact, it is the Unicode in your browser that states that 76 should represent L.

So we’ve seen how computers represent characters in numbers. Now, the computer will, in turn, represent the number 76 to its binary representation. You might think, well, just convert 76 to the base-2 numeral system. Not so fast!

One of the definitions for Character Encoding is the UTF-8. UTF-8 states that characters should be encoded in bytes. A byte is a set of eight bits — eight 1s and 0s. So eight 1s and 0s should be used to represent the Code Point of any character in binary.

Now we understand what binary data is, but what are streams of binary datafrom our introduction to buffer?

Stream in Node.js simply means a sequence of data being moved from one point to the other over time. The whole concept is, you have a huge amount of data to process, but you don’t need to wait for all the data to be available before you start processing it.

Basically, this big data is broken down and sent in chunks. So from the original definition of a buffer (“streams of binary data… in the context of… file system”) this simply means binary data being moved in the file system. For example, moving the texts stored in file1.txt to file2.txt.

But how exactly does buffer help us interact with or manipulate binary data while streaming? What exactly is this buffer btw?

We’ve seen that a stream of data is the movement of data from one point to the other, but how exactly are they moved?

Typically, the movement of data is usually with the intention to process it, or read it, and make decisions based on it. But there is a minimum and a maximum amount of data a process could take over time. So if the rate the data arrives is faster than the rate the process consumes the data, the excess data need to wait somewhere for its turn to be processed.

On the other hand, if the process is consuming the data faster than it arrives, the few data that arrive earlier need to wait for a certain amount of data to arrive before being sent out for processing.

That “waiting area_”_ is the buffer! It is a small physical location in your computer, usually in the RAM, where data are temporally gathered, wait, and are eventually sent out for processing during streaming.

We can think of the whole stream and buffer process as a bus station. In some bus stations, a bus is not allowed to depart until a certain amount of passengers arrive or until a specific departure time. Also, the passengers may arrive at different times with different speed. Neither the passengers nor the bus station has control over passengers’ arrival at the station.

In whatever the case may be, there is always a waiting place. That is the Buffer to Node.js! Node.js can’t control the speed or time of data arrival, the speed of the stream. It only can decide when it’s time to send out the data. If it’s not yet time, Node.js will put them in the buffer — the “waiting area” — a small location in the RAM, until it’s time to send them out for processing.

A typical example where you could see buffer in action is when you’re streaming a video online. If your internet connection is fast enough, the speed of the stream will be fast enough to instantly fill up the buffer and send it out for processing, then fill another one, and send it out, then another, and yet another… till the stream is finished.

But if your connection is slow, after processing the first set of data that arrived, the video player will display a loading icon, or display the text “buffering”, which means gathering more data, or waiting for more data to arrive. And when the buffer is filled up and processed, the player shows the data, the video. While playing that, more data will continue to arrive and wait in the buffer.

If the player is done processing or playing the previous data, and the buffer is not yet filled up, the text “buffering” will be displayed again, waiting to gather more data to process.

From the original definition of a buffer, it shows that while in the buffer, we can manipulate or interact with the binary data being streamed. What kind of interaction could we possibly have with this raw binary data? The Buffer implementation in Node.js provides us with a whole list of what is doable. Let’s see some of them.

Interacting with a Buffer

Depending on what you want to achieve, there are different ways to create a buffer. Let’s see some.

Once your buffer has been created, you can start interacting with it

There’s a whole lot of interactions we could have with a buffer. Head on to the official docs to play more with these methods.

Finally, I’ll leave you with this little challenge: Go read through the source of zlib.js, one of the core libraries of Node.js, to see how it’s leveraging the power of buffer to manipulate streams of binary data. These turn out to be gziped files. As you read, document what you learn and kindly share with us here in the comments.

I hope this introduction helped you get a better understanding of Node.js Buffer.

If you feel like I’ve done a nice job, and that others deserve a chance to see this, kindly clap for the article to help spread a better understanding of Buffer in our Node.js community.

If you have a question that hasn’t been answered or you have a different understanding of some of the points here, feel free to drop in comments here or via Twitter.