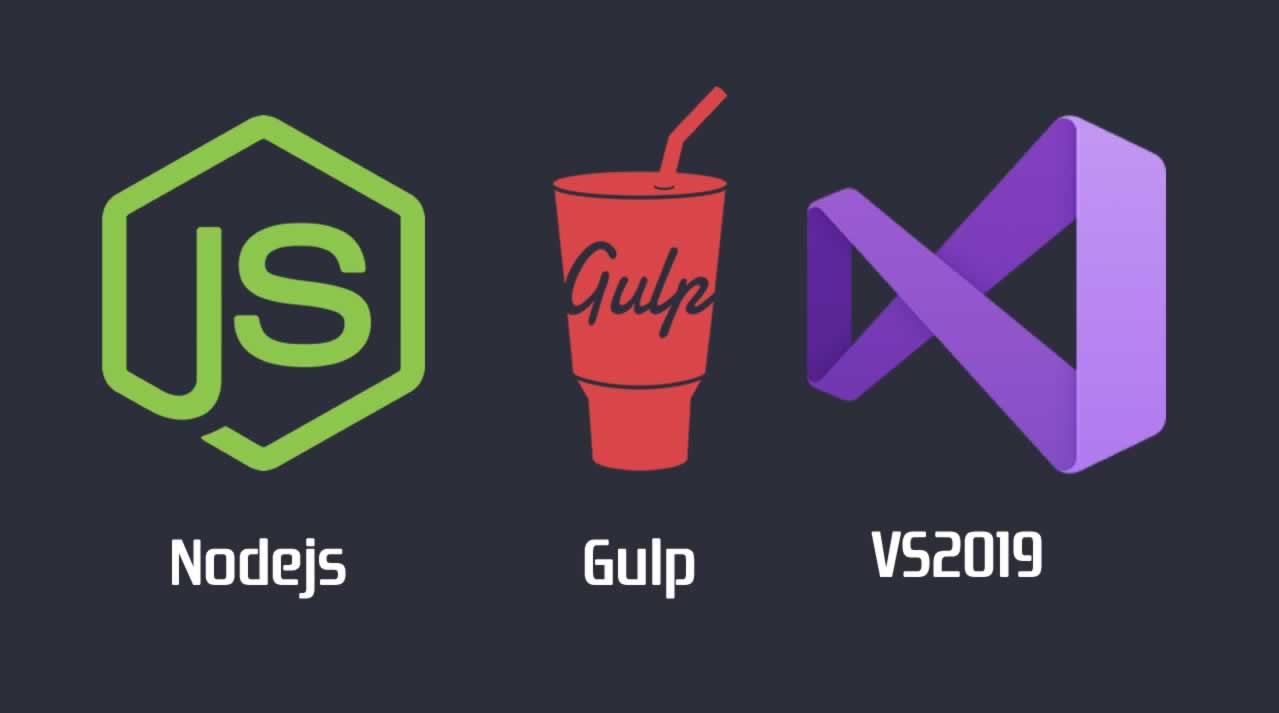 This tutorial will walk you through updating your project to using the latest versions of Node, Gulp and Visual Studio 2020.VS has good typescript support and some excellent debug tools for stuff related to the Microsoft suite. Still prefer vscode but I also use vs at

This tutorial will walk you through updating your project to using the latest versions of Node, Gulp and Visual Studio 2019. I will be talking about them together, as it is a common recipe, and after a good few hours of blood sweat and stackoverflow/gitrepo searches, you can learn from my pain.

By following this tutorial, you will be able to run your project in Task Runner Explorer in Visual Studio 2019. Let’s go.

Warning: If you are in the middle of a sprint, maybe now is not quite the time to update. you’ll need a good hour to make sure everything runs smoothly, and you have time to bug fix

Hooray Hooray, with NodeJs’ recent announcement of Node 12 hitting LTS, it’s well worth revisiting legacy projects. Long Term Support essentially means that this version of Node will get bug and security fixes for a Long time. In v12’s case, it will be safe to use until April 2022, meaning updating to it will be all you need to do for another 2 and a bit years.

If you are running your projects on Node 10, you are good for another year, so no hurry to update, especially if you are using conflict prone older packages.

However, if you are on Node 8 or lower 😬, you will have to upgrade by New Years Eve 2019 to maintain the security of your project.

Node 13 is out too. Why not update to that instead?

Odd numbers of Node versions are experimental branches that won’t receive long term support. If you want to dick around with the latest node has to offer, by all means run your project on Node 13 (although, definitely consider nvm). If you are running a production project for a client or business, stick with the LTS releases.

B) nvm installation assuming you are already using nvm(install instructions in the link if not), adding node 12 is still a simple process:

You are now the proud user of a Node.JS 12 instance

Great, but here is the first hiccup, Gulp 3 will start to error

Gulp 3 has dependencies that Node 12 cannot deal with. So next step, is getting gulp updated to version 4, the latest and greatest version of Gulp.

Latest and Greatest, but does need a bit of wrangling

So open up your package.json for your project and replace your current gulp (3.x.x) with the latest stable gulp release, at time of writing its ^4.0.2

If you want to use Gulp 4 with task manager explorer in visual studio 2019 then you will need to install it globally too with npm install [email protected] If you don’t do this Visual studio 2019 will fail to detect gulp, and won’t show the tasks as available.

Once we are done with that, we need to update our gulp dependencies, with is a whole different ball game. Each dependency has its own hell to go through, but a quick check of the inter webs will help you with your particular modules.

However… here are the two that gave me the most grief:

As great as SASS and Gulp are, I cannot think of a single new install for gulp-sass/node-sass that have gone smoothly. Keep a cool head during this process, you will get it running — eventually. The best advice I can give is:

1. Nuke your node_modules directory. Delete it, remove it, wipe it. If a trace of it exists, it will haunt you and fail.

2. Replace with the new version in your package.json at time or writing I am using ^4.0.2, which is conveniently the same as, and I am assuming connected to, the version of Gulp you are using.

3. If you are still getting errors, make sure you are running gulp from a console with admin permissions.

4. Read the errors carefully, it may look like a bit wall of text, but there will be a clue as to what’s missing in the message.

This is a bit of a weird dependency and is really only applicable to projects using special frameworks like .NET, so most people can skip it. However if you are using gulp-msbuild I have one easy tip: remove it, and replace it with [msbuild](https://github.com/jhaker/nodejs-msbuild). It’s a much happier, and cleaner package, it makes more sense, and it seems to fail less.

Convert your Gulp 3 tasks to Gulp 4

Given the advice above you should be in good stead, basic migration isn’t too tricky, as it’s more of a syntax shift than a complete rewrite. If you come up with issues with a particular gulp plugin, it is usually the case that you need to replace it with a more modern gulp plugin. gulp-util has beeen depreceated in favour of individual plugins, so just keep an eye on the console when you run gulp and it will tell you what needs fixing.

It’s a little more verbose but overall feels tidier and more modern. Gulp 4 has great docs on this process and the various way you can let Gulp know when your task is done.

All being well, you should now, be able to open up Visual Studio 2019 and see task runner running happily:

Sometimes the most thankless of tasks are the hardest, but for the sake of maintainability, security, and progress, they are the most satisfying. Now go forth fellow Node 12er… and build innovative things.

If you do have vulnerabilities, running an npm audit fix should resolve a vast majority of them. Anything else that is vulnerable will need some manual tweaking, usually updating packages or replacing them with more modern equivalents. You can find these incorrect packages with npm audit and then tracing back to your troublesome packages.

For Task Runner Explorer to work with Gulp, quite a few things need to be set up correctly: