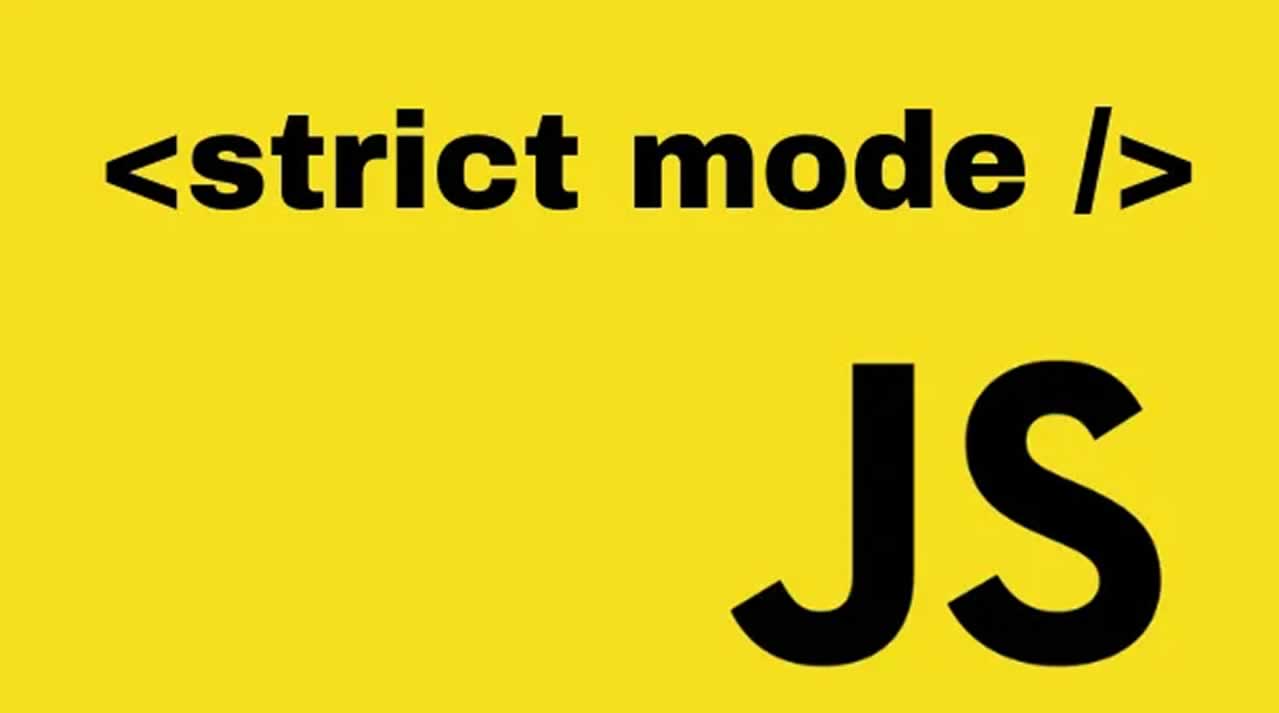 trict mode is an important part of modern JavaScript. It is a mode that lets us opt-in to a more restricted syntax of JavaScript.

Strict mode is an important part of modern JavaScript. It is a mode that lets us opt-in to a more restricted syntax of JavaScript.

The semantics of strict mode is different from the old “sloppy mode” of JavaScript that has a looser syntax and makes errors in code that are silenced. This means that errors are ignored and the code might run with unexpected results.

Strict mode makes several changes to JavaScript semantics. It eliminates silent errors and instead throws them so that the code won’t run with errors in the code.

It will also point out mistakes that prevent JavaScript engines from doing optimizations. Also, it prohibits features that are likely to be defined in future versions of JavaScript.

Strict mode can be applied to individual functions or the whole script. It can’t be applied only to statements or other blocks enclosed in curly braces. To make a script use strict mode, we add the statement "use strict" or 'use strict' at the top of the script before any other statements.

We can also apply this to functions. To do this, we add the statement "use strict" or 'use strict' inside the functions on the top of the body, before any other statements. It’s applied to everything inside, including functions that are nested in the function that uses strict mode.

JavaScript modules, introduced in ES2015, have strict mode automatically enabled, so no statement is needed to enable it.

Strict mode changes both the syntax and run time behavior of code that uses it. Mistakes in code are converted to errors as syntax errors that are thrown in run time, simplify how particular variables are computed, changes that simplify the eval function and the arguments object, and changes that might be implemented in future ES specification.

Mistakes are converted to errors. They were previously accepted in non-strict mode. Strict mode restricts the use of error syntax and will not let the code run with errors in place.

It makes creating global variables hard by not letting us declare variables with var, let, or const, so creating variables without declaring them with those keywords won’t work. For example, the following code will throw a ReferenceError:

Any code that silently fails will now throw an exception. This includes any invalid syntax that was ignored silently before.

For example, we can’t not assign to read-only variables like arguments, NaN, or eval with strict mode on.

Below are some examples of syntax that will fail with strict mode on:

All of the examples above will throw a TypeError. undefined and Infinity are non-writable global objects. obj is a non-writable property.

obj2’s foo property is a getter only property and so cannot be set. fixedObj was prevented from adding more properties to it with the Object.preventExtensions method.

Also, deleting undeletable properties will throw a TypeError when there is code attempting to do so. For example:

This will throw a TypeError.

Strict mode also disallows duplicate property names in an object, so the following example will throw a syntax error:

Strict mode requires that function parameter names are unique. Without strict mode, if two parameters have the name one, then the one defined later will be accepted as the parameter’s value when arguments are passed in.

With strict mode, having multiple function parameters with the same name is no longer allowed, so the following example will fail to run with a syntax error:

Octal syntax is also not allowed in strict mode. It isn’t part of the specification, but it’s supported in browsers by prefixing octal numbers with a 0.

This confuses developers as some may think that the 0 preceding the number is meaningless. Therefore, strict mode disallows this syntax and will throw a syntax error.

One example of this is the with statement. If we use it, it prevents the JavaScript interpreter from knowing which variable or property you’re referring to, as it’s possible to have a variable with the same name inside or outside the with statement.

Then, JavaScript wouldn’t know if the x inside the with statement is referring to the x variable or the property of obj, obj.x.

Therefore, the memory location of x is ambiguous. So, strict mode prevents the with statement from being used. If we have strict mode like the following:

Then the code above will have a syntax error.

Another thing that strict mode prevents is the declaration of variables inside an eval statement.

To prevent this, strict mode disallows variable declarations in the string argument that we pass into an eval statement.

This means that any manipulation done to them that isn’t allowed, like assigning new values to them or using them as names of variables, functions, or parameters in functions.

The following are examples of invalid uses of eval and the argument object that isn’t allowed:

Strict mode doesn’t allow an alias for the arguments object to be created and set with new values via the alias.

For example, if we have:

Also, there’s no more support for arguments.callee. Without strict mode, all it does is return the name of the function that’s being called that the arguments.callee is in.

With strict mode, this will not be forced into always being an object. If a function’s this is bound, with call, apply, or bind to any non-object type, like primitive types of undefined, null, number, boolean, etc, then they must be forced into being objects.

If the context of this is switched to a non-object type, then the global window object will take its place. This means that the global object is exposed to the function that’s being called with this being bound to non-object types.

For example, if we run the following code:

All the console logs will be true, as the this inside the function isn’t automatically converted into the window global object when this is changed to something that has a non-object type.

This is a potential security hole that is eliminated by prohibiting access to these two properties of the function.

In the example above, we can’t access secretFunction.caller and secretFunction.arguments with strict mode as people may use it to get the call stack of functions. A TypeError will be thrown if we run that code.

Identifiers that will become restricted keywords in future versions of JavaScript will not be allowed to be used for identifiers like variable or property names.

The following keywords won’t be allowed to be used for defining our identifiers in code. implements, interface, let, package, private, protected, public, static, and yield.

With ES2015 or later, these have become reserved words, so they definitely cannot be used for naming variables and object properties without strict mode.

Strict mode has been a standard for a few years. Browser support for it is common, and only old browsers like Internet Explorer may have problems with it.

Other browsers shouldn’t have problems with working with strict mode. Therefore, it should be used to prevent mistakes and avoiding security hazards like exposing call stacks or declaring new variables in eval.

Also, it eliminates silent errors and instead throws them so that the code won’t run with errors in the code. It will also point out mistakes that prevent JavaScript engines to do optimizations.

Also, it prohibits features that are likely to be defined in future versions of JavaScript.

What Are the New Features of Angular 9?

An introduction to Machine Learning with Brain.js