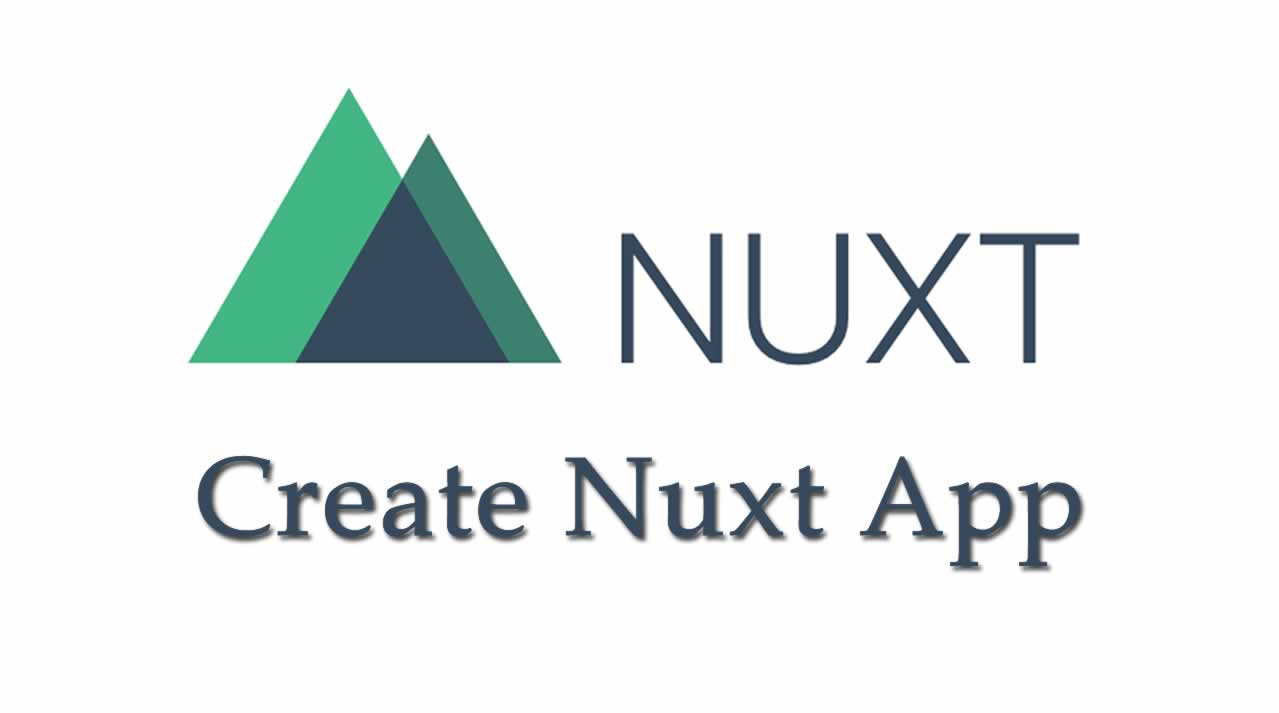 Nuxt is made for Vue applications, it is an even easier way to build Vue apps, as Vue is pretty easy to use already

Nuxt helps you build Server Side Rendered applications very seamlessly. This is because most of the complicated configurations associated with middleware, routing, state management and asynchronous data are baked into it. Nuxt is to Vue what Next is to React.

Just like create-react-app, the team at Nuxt has shipped a pretty amazing CLI feature that spins up a new Nuxt application after a couple of prompts and presets. You can choose exactly the environment you want with this new tool, it is very smooth and intuitive.

Create-Nuxt-App requires that you have Node Package Manager version 5.2.0 or above installed on your machine. It ships with npx which you can use to run commands. If you do have this, then run the command below to create a new nuxt project:

Where hello-world is the name of the project (it can be any name you choose) It will ask you some questions about:

After answering these, it will install all the dependencies so the next step is to launch the project with:

You can now open a browser and see the application now running on http://localhost:3000.

Nuxt will listen for file changes inside the pages directory, so there is no need to restart the application when adding new pages.

New and Shiny Features of Nuxt 2.0

Now we have seen create-nuxt-app, let us also take a look at the other shiny features that also shipped with 2.0

The new Nuxt version 2 shipped with the latest Webpack version 4. Webpack 4 has been seriously adopted by industry giants because of the stunning speed of boot-up and re-compilation. Asides the speed, Webpack introduced module types and also comes with .mjs and web assembly support.

Nuxt-start was introduced in this new version, used to start a Nuxt application in production mode. Then the Nuxt-legacy was added to support the legacy build of Nuxt for Node.

Although the vendors chunk still exists in this new version, it would now be automatically handled to improve efficiency. From this new release, CommonsChunkPlugin would not be used anymore so you do not have to explicitly define vendors inside your project. Nuxt would automatically add every core package into a hinted cache group, these packages can be Vue, Vue-Router and the likes. This would make the splitting work of Webpack even easier.

Previously Nuxt would opt for code splitting by default. While Nuxt tries to provide the most efficient splitting possible out of the box, you can now take complete control over it using build.splitChunks option and optionally disable async chunks per route.

In this new release, ES Modules are now supported everywhere. You can now use the export and import syntax inside your nuxt.config.js file, in serverMiddleware and modules thanks to the std/esm a fast, production ready, zero-dependency package to enable ES modules in Node version 6 and above.

A couple of important improvements in the CLI tool shipped with this new release. Initially, after running nuxt dev you would recall there is always a little time lapse before your app is served on localhost. This is usually due to the fact that Webpack runs two times, once for the client side and then for the server side bundle. Now we have the WebpackBar to help make this all easy and now builds run in parallel.

Developers have also asked for Nuxt support for testing and continuous integration environments and now it is here! Nuxt version 2 would now automatically detect CI and Test environments and will switch to a special mode called minimalCLI with less verbose messages. Finally, all debug messages are now hidden by default, only now showing smarter and better messages for both builder and generator.

In this new release, cssnext is now deprecated, now you would start to use postcss-preset-env instead of postcss-cssnext. Also, css-loader has been upgraded to now make us use ~assets instead of ~/assets for alias in css data types.